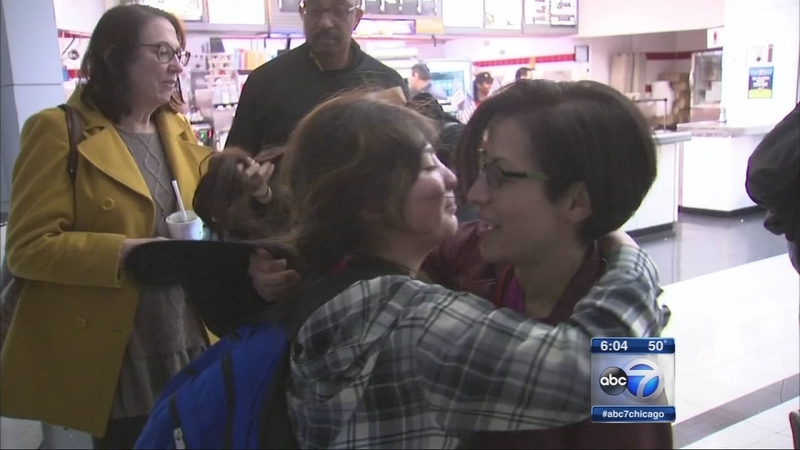 CHICAGO (WLS) -- A group of Chicago students who were in Paris during Friday's terror attacks were greeted by some very relieved parents when their flight landed at O'Hare Airport Monday.