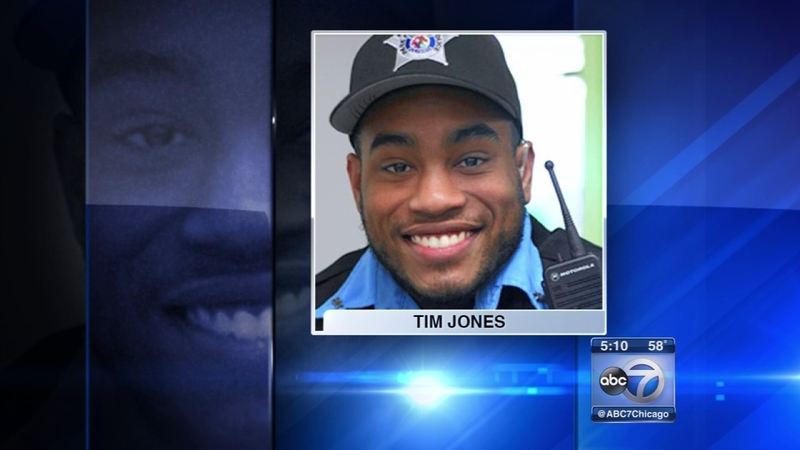 PARK FOREST, Ill. (WLS) -- A fundraiser was being held Thursday for a Park Forest police officer critically injured in the line of duty.

The south suburban officer was shot earlier this month and has a traumatic brain injury, his fellow officers said.

People have donated more than $40,000 toward Jones' medical costs, and others have been dropping off gifts at the hospital.

Jones, 24, who has been on the Park Forest Police Department for less than a year, is the son of William Jones, the police chief in south suburban Country Club Hills

The man accused of shooting Jones was killed in an exchange of gunfire. He was identified as Thurman Reynolds, 21, of Park Forest.

Culver's of Matteson held a 'Night of Giving' Thursday in which 20 percent of total sales from 5-8 p.m. will be donated to help with Jones' medical bills. Officers helped run orders to guests and collected additional donations. The event includes live music and a raffle.