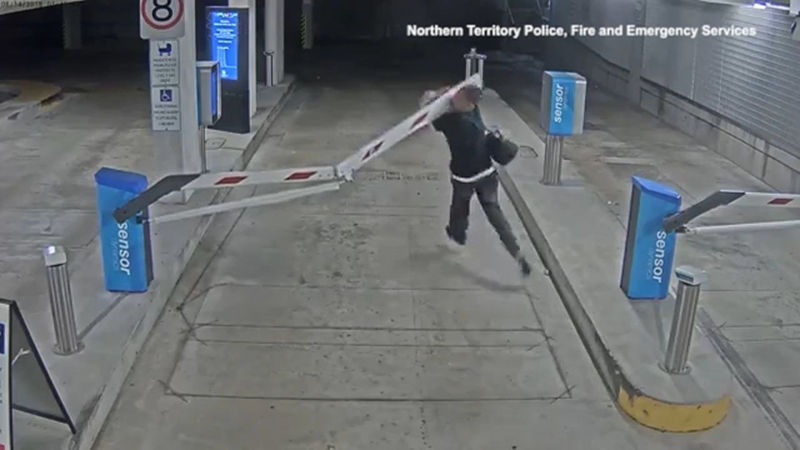 DARWIN, Australia (WLS) -- This isn't something you see every day.

Authorities in Australia released video this week of a man who ran directly into a parking gate at Darwin Waterfront in the Northern Territory.

Police asked the public for help identifying the man in relation to "criminal damage" done to the gate when they posted the video on the Northern Territory Police, Fire and Emergency Services Facebook page.

Surveillance footage from the Waterfront Car Park recorded around 2 a.m. Tuesday shows the man run at the gate, strike the boom head-on and land on the ground.

He paused for a few seconds and grabbed his forehead before getting up. He paused yet again, took another look at the gate, seemed to think about what he'd just done, and ambled away.

Police later said they identified the man and spoke to him.