Pat Quinn reflects on legacy during final days in office 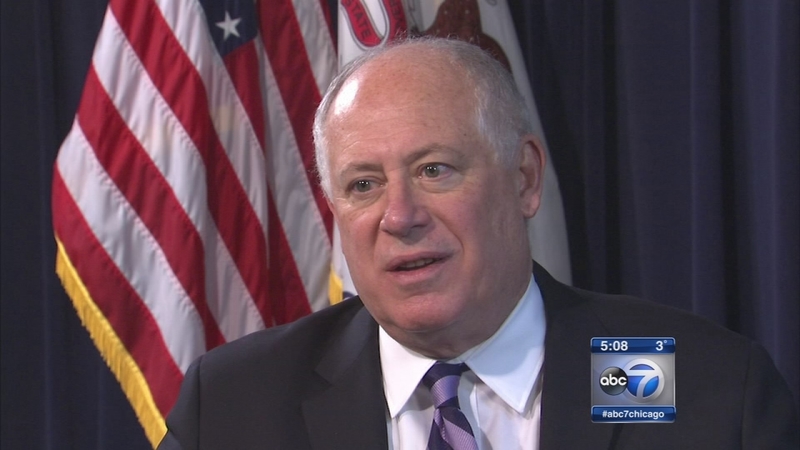 Quinn reflects on legacy during final days in office

CHICAGO (WLS) -- In his final days, Gov. Pat Quinn is trying to seal his legacy as the governor who cleaned up after his two immediate predecessors went to prison.

"I had to straighten things out and restore confidence and integrity to the Office of Governor," Quinn said. "I think I've done that."

Quinn, Illinois' 41st governor who followed the corrupt George Ryan and Rod Blagojevich, says he wants his administration remembered for its honesty.

"I felt it was important to always tell the truth," Quinn said. "That's what I did and I'm happy I did."

But telling the truth about Illinois' fiscal situation led to budget cuts, and the "temporary income tax increase" Quinn championed in 2012. Those played a large part in the Democrat's political undoing last November.

"I have no regrets or no apologies. I believe in being aggressive all the time on issues you believe in and working hard. You don't always win," he said.

"I'm absolutely confident they wouldn't have happened if I wasn't governor," Quinn said. "They would have been vetoed or they never would have passed in the first place."

During the interview the governor never said the name "Bruce Rauner." There remains some tension between Quinn and the wealthy republican who will take office on Monday.

"I raised $30 million, a huge amount of money. That was less than half of what my opponent had," Quinn said. "It's one person, one vote, not one dollar, one vote. And those with great money, if they take over our politics, it's unhealthy."

The 66-year-old Quinn says he'll go back to being an activist, and that he had not decided if he'll ever run again for public office.

Quinn indicated an issue on which he'll continue to be an activist is healthcare reform. He said that during his only post-election conversation with Rauner, he pleaded with the Republican not to rollback Medicaid coverage.