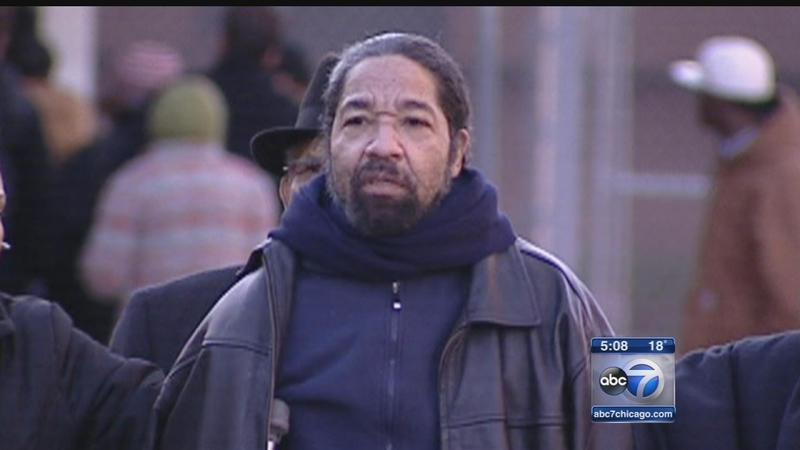 DIXON, Ill. (WLS) -- A former railroad officer sentenced to prison for attempted murder will be released from prison.

Howard Morgan is one of several inmates to have their sentences commuted by former Governor Pat Quinn during his final hours in office, an action that not everyone agrees the former governor should have taken.

In his last day in office, the former governor approved more than three dozen clemency requests. One of the more controversial involves an inmate held in Dixon.

Ten years ago next month, Howard Morgan, a railroad cop and former Chicago police officer, was stopped driving the wrong way on a one-way street. Morgan and the four arresting officers had words, then gunfire. Three of the officers were wounded.

Morgan was shot 28 times, but survived. He was convicted of attempted murder and sentenced to 40 years, essentially a life sentence.

Monday, outgoing Governor Pat Quinn granted 43 clemency petitions, including one from Morgan, which means he goes free, quite likely Wednesday once paperwork clears.

Morgan's family and supporters have argued for years that he was the victim of overly aggressive cops and overzealous prosecutors, but his release has infuriated State's Attorney Anita Alvarez who contends the executive clemency process is without any explanation or consideration.

She calls it a "...last minute secretive maneuver that puts the rights of victims of crime and their families at the bottom of his list of priorities."

Fraternal Order of Police President Dean Angelo also condemning the decision as
"...an 11th hour decision that's a slap to the faces of the officers wounded that night."

The former governor's aides have said that Quinn spent a lot of time carefully weighing the clemency requests and that his decisions are sound. He did not explain them on his last day. The process does not require him to do so.