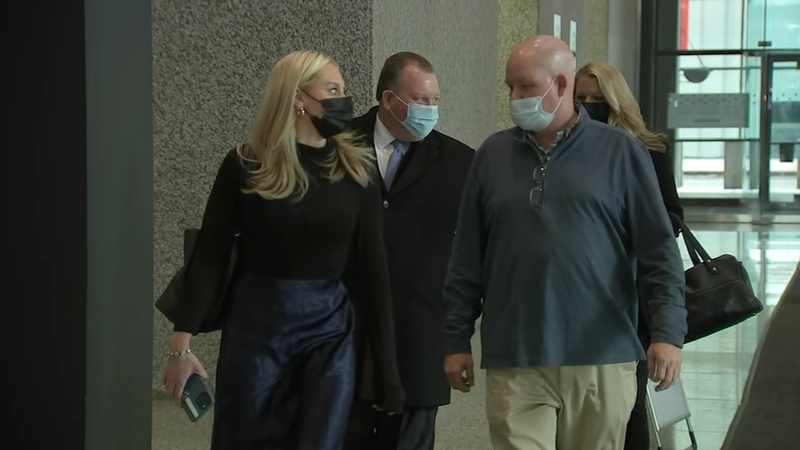 CHICAGO (WLS) -- The prosecution and the defense have wrapped up their cases in the federal corruption trial of Alderman Patrick Daley Thompson, who is charged with tax fraud and lying about loans.

Thompson left court Friday with his family, with all the evidence and testimony now before the jury. He declined to comment and earlier told the judge that he would not take the stand and testify on his own behalf. Legal experts say it was probably a smart move.

"It's an impossible argument, I think, for the alderman to make on a witness stand under oath that he's such a fool, that he's getting all this money and doesn't know where it comes from but still took the mortgage deduction," said Jeff Cramer, former federal prosecutor.

Thompson is the only member of the Daley family to stand trial in federal court, and the first sitting alderman to go on trial in 20 years. He is accused of borrowing $110,000 from Washington Federal to buy a partner share in his law firm, and then falsely claiming $15,000 in mortgage deductions over five years. He is also accused of lying about two other loans.

"I always thought he was an honest, gentle man, just a good decent human being," said Father Jozo Grbes.

"I know him to be brutally honest to a fault," testified NBA referee Marc Davis, a friend of Thompson's for decades.

"He is probably the most over scheduled person I have met," said Rob Gamrath, another long time Thompson friend and current law partner. "He is a great strategic thinker but not a detail person."

"If you have some people who will vouch for your client, then you can throw them on. But none of them know the facts of the case. None of them were involved in the loans. None of them prepared any of the documents," Cramer said.

He added that this case will rest on whether jurors believe Thompson intended to commit tax fraud, or just didn't pay very close attention to the documents he signed from his accountants.