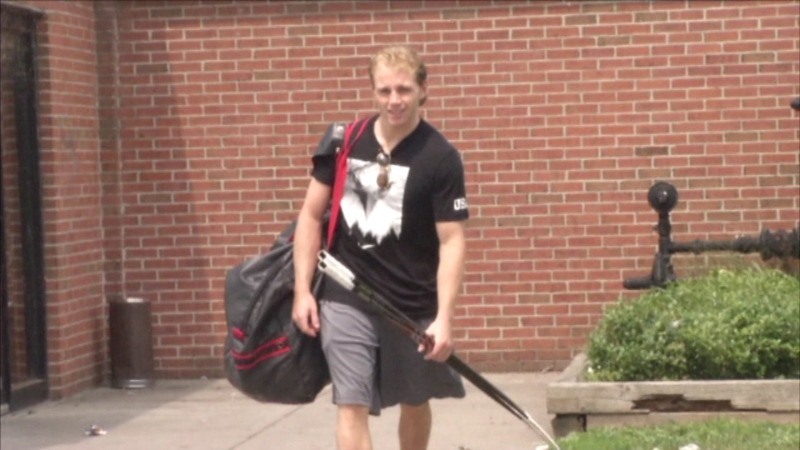 BUFFALO, N.Y. (WLS) -- A grand jury is expected to begin hearing evidence Tuesday from the friend of a Buffalo woman who alleges that Chicago Blackhawks star Patrick Kane raped her.

Both women allegedly met Kane at a Buffalo bar on August 2 before going with him to his home.

This week a major step toward getting answers of what exactly happened inside Kane's home. Several reports suggest 23 people are sitting on a grand jury in Erie County, New York, and Tuesday they will hear from the alleged victim's friend and possibly the alleged victim.

If Kane's attorneys decide, the Blackhawks superstar may testify to tell his side of the story.

Legal experts in Chicago say if prosecutors are taking the case to a grand jury, they are confident they have a case.

"The prosecutor can put on merely a police investigator and say, 'Here is what my investigation shows,'" said Richard Kling, a professor at Kent College of Law. "They don't actually have to call the alleged victim witness. It's real easy to get an indictment if you want to."

Regardless, the State's Attorney could still decide to file charges.

Kane is accused of raping a woman he met at a Buffalo bar in his home. She allegedly had bite marks on her shoulders and a scratch on her leg.

The grand jury merely decides if there is reasonable evidence a crime has been committed and that Kane committed that crime.

News of a grand jury convening comes just a few weeks before the Blackhawks open camp.