CPD Cmdr. Paul Bauer's sisters remember him on 1 year anniversary of his death 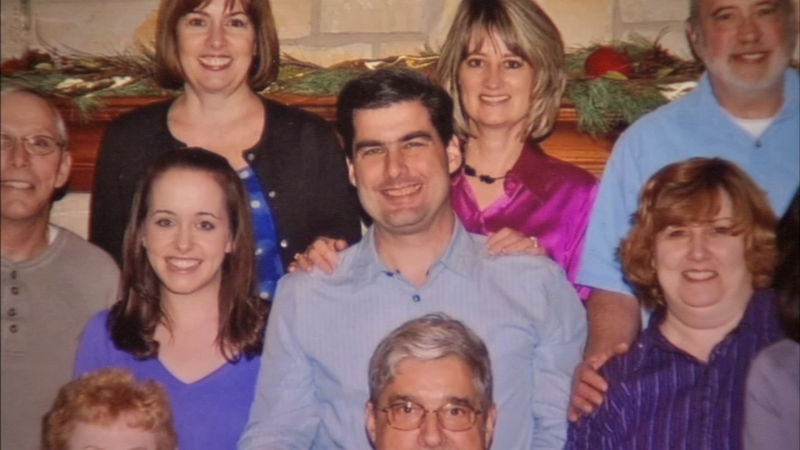 CPD Cmdr. Paul Bauer's sisters remember him on 1 year anniversary of his death

CHICAGO (WLS) -- One year after Chicago Police Commander Paul Bauer was killed in the line of duty, his sisters shared their personal story of resilience, grief, memories, and their gratitude to the city.

"Every morning, I wake up and I think of Paul," said Pam Howell, sister.

It doesn't go away.

"It's many times a day, but it is every day," said Sue March, sister.

"You wake up, and for a split second - then, you remember what happened," said Jane Schuleit, sister.

Bauer, commander of the North Side's 18th district, was killed in the Loop as he attempted to arrest an armed suspect. Bauer just happened to be downtown on other police business that day, but when he saw the suspect cross his path his police instincts kicked in. His sisters were not surprised that he did what he did the day he died.

"No. This was always a calling of him, to jump in where there's a need, and do something about it," Schuleit said.

"He just was a take-charge guy," said Howell.

Bauer's three sisters now believe what their brother did that day saved the lives of other Chicagoans.

"I never thought, you know, that something like this would ever happen to him," March said. "It just really hurt."

As they reminisced over old family photos the three older sisters, who once watched over their baby brother, realized that he became the family's leader just as he led officers on the force.

This past year has been especially tough. They not only lost their brother, but their mother died as well.

"We survived. You know, I didn't think in the beginning, when this all happened, it was like, how are we going to survive? But we did," Howell said.

Strength in their faith, their family and the countless Chicagoans who have let them know they care.

"The outpouring of love at his funeral made you see things differently," March said.

That day, they saw Chicagoans, many who never knew their brother personally, lining the streets from the church all the way across the South Side of the city, to the cemetery in Alsip.

"It was unbelievable. And it restored my faith as well, because you felt like 'there's the goodness'. The good does outnumber the bad," Schuleit said.

They've all stood strong alongside Paul's wife Erin as Commander Bauer's life was memorialized in ceremonies. And they have marveled at their niece Grace, now 14, as she has honored her father at the funeral mass, at a White Sox game, and at her school, speaking out against gun violence.

"She is like Paul so much. She has that strength. Also, she's like her mother," Howell said.

Strength runs in this family. The three sisters are now determined to make sure that the goodness in their brother lives on.

"It's important that he's not forgotten," March said.

So, they'll do that every day with their brother in their hearts.

"Paul stepped up to make this world a better place," Schuleit said.

Some of the ways his sisters and extended family are continuing Bauer's legacy are through their support of the Chicago Police Memorial Foundation as well as the Commander Paul Bauer Scholarship at Chicago's Mercy Home for Boys and Girls.