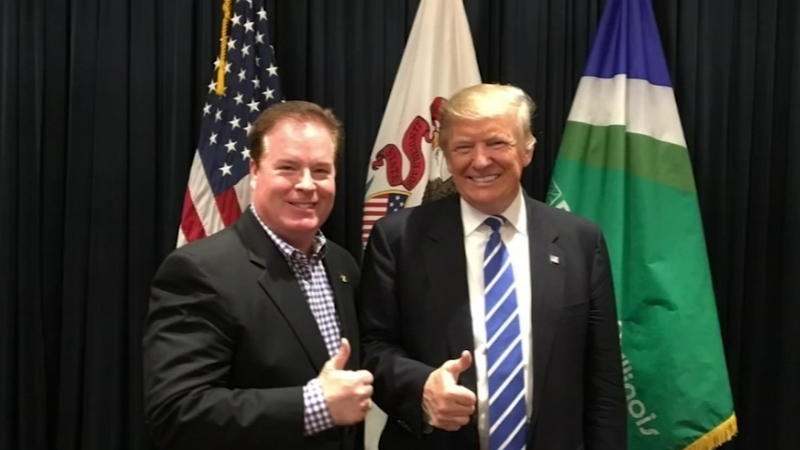 Federal Savings Bank founder Stephen Calk is named in a new government filing obtained by the I-Team that lays out exhibits prosecutors intend to use against Manafort in his upcoming money laundering trial in Virginia.

A few months later, Calk's bank in Chicago's Fulton Market neighborhood began making personal mortgage loans to Manafort totaling $16 million. High-ranking Democrats on the House Oversight Committee are investigating whether the Manafort loans were made as part of a quid-pro-quo arrangement in which Calk would receive a top job in the Trump administration, possibly as Secretary of the Army. The committee has subpoenaed communications concerning Calk from the Pentagon.

Calk has not been charged in the case, has steadfastly declared there was no loans-for-job scheme and said that he has been cooperating with federal authorities. He is listed as the founder, chairman and CEO of the bank, located at 300 N. Elizabeth Street.

Manafort once served as a political consultant to the Kremlin-friendly president of Ukraine and is a key figure in the Robert Mueller special counsel investigation into Russian meddling in the 2016 election. He is now being held in lockup outside Washington, D.C., and awaits trial on numerous criminal charges, including providing false information to banks in order to obtain loans.

The government's filing on Thursday states that prosecutors plan to use four emails and two email chains involving "S. Calk." Some of them are said to be financial in nature, citing loans for Manafort properties, and others appear to be emails requesting personal professional information about Calk.

The emails are dated between July 28 and October 7 of 2016, at the height of the presidential campaign. In addition to communiques directly between Manafort and Calk, there are several other names on their emails that appear to be associated with Federal Savings Bank.

Manafort is scheduled to begin trial in Virginia next week. He faces a separate federal case in Washington, D.C.