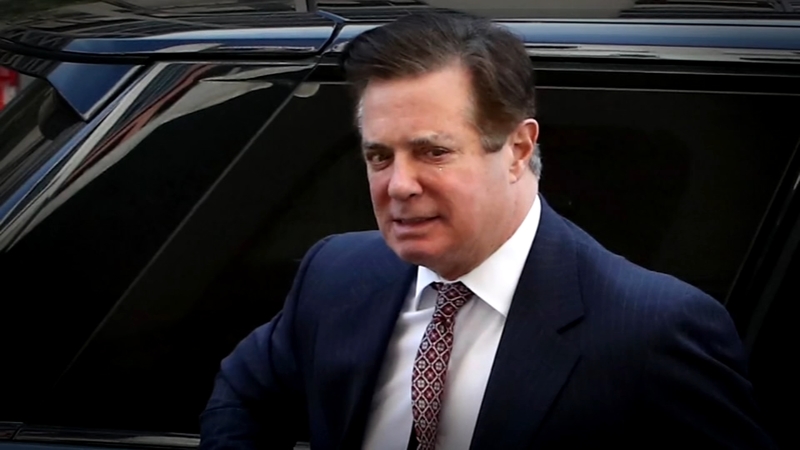 Right out of the gate, Manafort was described by the government as "a man in this courtroom who believed the law did not apply to him."

Defense attorneys fired back against the government's characterization that Manafort was a "shrewd" liar with secret income, saying mortgage bankers "wanted to give him loans" because of his "high stature."

Manafort is accused of filing false tax returns, failing to report foreign bank accounts, and defrauding several banks. If convicted, the serious financial crimes could carry a total sentence of 300 years in prison. He has pleaded not guilty.

Two Chicago bank executives have been granted immunity from prosecution in exchange for their testimony against Manafort. Letters to the two bankers from Special Counsel Robert Mueller have been obtained by the ABC7 I-Team. They are Dennis Raico and James Brennan, who work at The Federal Savings Bank headquartered in Chicago's Fulton
Market neighborhood. Federal Savings Bank gave Manafort $16 million across two mortgage loans shortly after he left the Trump presidential campaign.

The I-Team began reporting last winter on Federal Savings Bank founder and CEO Stephen Calk, who was an economic advisor to the Trump campaign when Manafort was chairman. Capitol Hill investigators are looking into allegations that Calk approved Manafort mortgage loans in 2016 in "a quid-pro-quo arrangement to secure Mr. Calk a job in Mr.
Trump's administration," according to Democrats on the House Oversight Committee. Specifically, partisan committee members want to know whether veteran Calk was angling for appointment as Secretary of the Army. He and Federal Savings Bank have denied any loans-for-job arrangement or wrongdoing in the loan process.

The bank has not made any statements on the immunity or likely testimony of their two executives.

Calk is not on the government's witness list nor was he among those given immunity, according to court records. He has not been charged in connection with this or any other campaign or Russian collusion-related case. However, in their list of planned trial exhibits, federal prosecutors say they plan to use four emails and two email chains involving "S. Calk." Some of them are said to be financial in nature, citing loans for Manafort properties, and others appear to be emails requesting personal professional information about Calk. The emails are dated between July 28 and October 7 of 2016, at the height of the presidential campaign.

When Mueller's team first announced charges against Manafort and his associate Rick Gates, the allegations dealt mainly with Manafort and Gates' alleged conduct surrounding the handling and use of foreign money. Gates has since pleaded guilty. Both men were top officials in the Donald Trump campaign for president but those roles are not part of the criminal case-and any mention is expected to be limited and objectionable to the defense.

In February, Mueller accused Manafort of committing a "series of false and fraudulent representations" to obtain multi-million dollar mortgage loans from The Federal Savings Bank. Manafort and Gates face nine separate bank fraud charges relating to alleged misrepresentations made to several different lenders in order to defraud the financial institutions of $20 million total.