Introducing the "Peapod's Next Best" judges 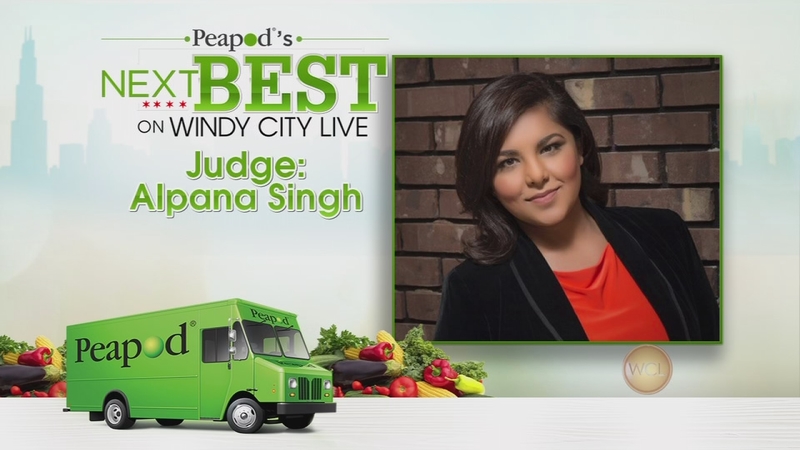 Today we announce the judges for our "Peapod's Next Best" contest. The heavy hitters in Chicago's food scene who will taste and appraise your products are:

Kevin Pang
Kevin Pang is a James Beard Award-winning food writer and filmmaker. He spent 11 years on staff at the Chicago Tribune, and now contributes to Lucky Peach, Saveur and Vanity Fair. His critically acclaimed documentary "For Grace" premiered at the 2015 South by Southwest Film Festival and was recently released on iTunes and Amazon.

Ina Pinkney was the chef/owner of The Dessert Kitchen Ltd. for 10 years and supplied private customers, restaurants, caterers and hotels with desserts.

This media-savvy professional with a camera-ready personality has appeared twice as a guest on SWEET DREAMS with Gale Gand on the Food Network and was featured on THE BEST OF on that network as well. She is a frequent and welcomed guest on local news and cable TV and has done interviews on shows in the U.S., Canada and Germany.

Articles about her have appeared in The New York Times, Wall Street Journal, Details Magazine, Vogue, The Chicago Tribune and Chicago Sun-Times, Gourmet, Crain's Chicago Business, Midwest Living, Restaurants and Institutions Magazine and Nation's Restaurant News as well as trade and in-flight magazines. Her recipes are featured in many cookbooks.

Alpana Singh
Born and raised in Monterey, California, it was only natural that Alpana Singh would develop an interest in wine. Her family owned an ethnic grocery store in Monterey where she worked at an early age; a life experience that she credits for her present day work ethic. While waiting tables in college, she discovered her love for wine and found that it combined her varied interests of traveling, history and food. At the age of 19, Alpana landed her first job in the wine business as a sales clerk at Nielsen Bros. Market in Carmel, California. In 2000, at the age of 23, she became the sommelier for the highly acclaimed Everest Restaurant in Chicago. Three years later, Alpana passed the final level of the Master Sommelier exam.

For ten seasons, Alpana served as the host of the Emmy Award-winning restaurant review television show, Check, Please!, which airs weekly in Chicago on the PBS station WTTW Channel 11. She appeared frequently on the station's nightly news program, Chicago Tonight, where she answered viewer questions regarding wine and spirits in her ongoing segment, Ask Alpana. Nationally, Alpana has appeared on The Today Show and Food Network's Iron Chef America as well as in numerous publications including Newsweek, Food & Wine, Wine Spectator, Bon Appetit, and The New York Times. Most recently she received the 2013 Sommelier of the Year Wine Star award from Wine Enthusiast and was also named one of Food & Wine's Sommeliers of the Year in 2013.