Pearl Harbor veterans honored in Aurora ahead of 75th anniversary 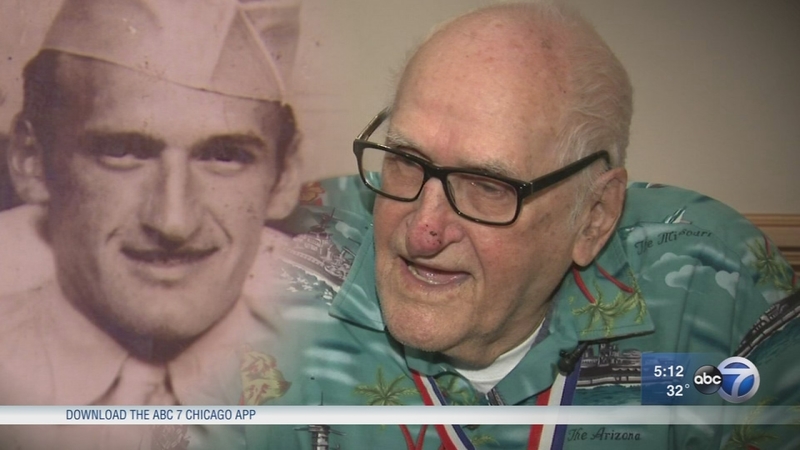 The surprise bombing brought the U.S. into World War II. At the time, it was the worst foreign attack on U.S. soil.

As the list of survivors shrinks, two veterans spoke Monday about their memories of Dec. 7, 1941, the day that went down in infamy as Japanese pilots dropped bombs.

Everett "Jim" Schlegel, now 97, was a 22-year-old Army private working outside when the planes first started to arrive.

"He waved at me. I waved back. I didn't know who it was. The bomb hadn't been dropped yet," Schlegel recalled.

Little did he know that when the bombs stopped dropping, some 2,400 men, women and children would be killed.

"Nobody knew what was going on. It was almost eight hours before we knew that we were under attack," Schlegel said.

Schlegel was honored along with Joe Triolo, 96, who was then in the Navy aboard the USS Tangiers. He said he knew instantly what was happening on that Sunday morning.

"We were at war. We knew we were surprised. We knew they were out to kill us," Triolo said.

Triolo remembers actually shooting at the very planes which went on to sink all those American battleships.

"See those ships capsized and sunk with people that were alive, still alive and they stayed alive, we found out later, for some time before they perished," Triolo said.

Seventy five years later, both Schlegel and Triolo said the Pearl Harbor attacked changed their lives forever. They said not a day goes by that they don't think about the friends they lost in the attack.

"You try to push on. You do the best you can. That's why I'm here. For those fellows that didn't make it," Triolo said.

"I just done my duty that day. And every day after that," Schlegel said.

Speculation continues today about why the American forces were not prepared at Pearl Harbor since there had apparently been some intelligence to indicate an attack may be imminent.