WASHINGTON -- A pedestrian bridge collapsed onto Interstate 295 in Washington, DC midday Wednesday, injuring several people and blocking the highway in both directions, according to tweets from DC Fire and EMS.

The bridge collapsed at Kenilworth Avenue prior to Polk Street NE, the agency said in a tweet. Four people were transported to the hospital, but there were no reports of anyone trapped in the debris, the agency said.

Images posted by DC Fire and EMS and aerial footage from CNN affiliate WJLA show one side of the bridge fell onto I-295 southbound, while the part of the bridge on the northbound side remains mostly attached to an elevated platform. 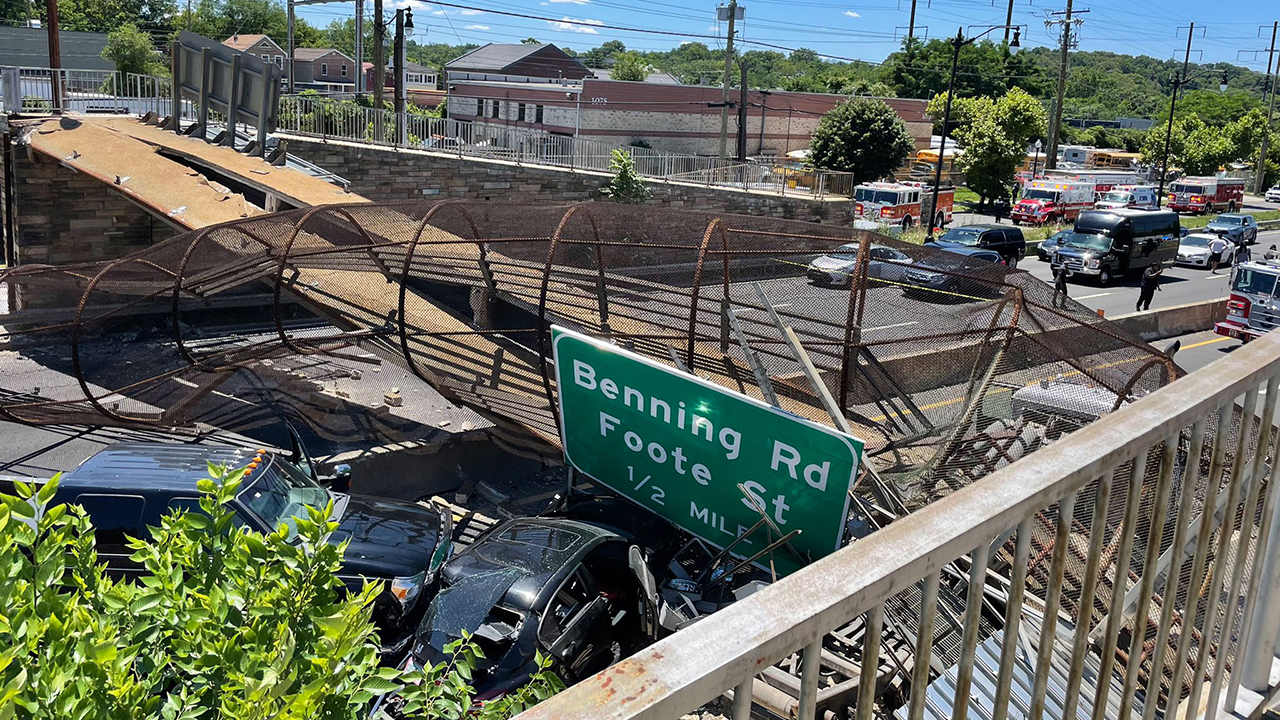 DC Fire and EMS posted this photo showing the aftermath of the bridge's collapse.

Mangled concrete and metal debris are sprawled across six lanes of highway and the bridge rests on top of several vehicles.

A hazmat unit was on scene mitigating a diesel fuel leak from a truck that is partially beneath the bridge, and at least one other vehicle was struck by debris, DC Fire and EMS said.

All lanes on I-295 are blocked north of Benning Road, according to a tweet from Metropolitan Area Transportation Operations Coordination (MATOC). Northbound delays stretched about 3 miles, while southbound lanes had delays of approximately 1.5 miles as of 1 p.m. ET, MATOC said.

Washington Metropolitan Police Department are in the early stages of investigating the cause of the collapse, said department spokesperson Alaina Gertz.