WLS
By Liz Nagy
AURORA, Ill. (WLS) -- One person is dead after a hit-and-run crash in Aurora, according to police.

Police said a pedestrian was fatally struck just before 7 p.m. Monday in a dark, industrial area about a mile south of downtown Aurora. Police have not yet released the identity of the deceased.

Police said the driver struck a man walking down the street alone and left him laying in the middle of the street. First responders attempted to revive the man, but he was pronounced dead on the scene.

"There's a number of businesses around here and workplaces, so people could have been leaving from work. It's unclear what was happening at that time, but there is a line of traffic that goes through this area," said Paris Lewbel, Aurora Police Department.

Police have not released a description of the suspect's vehicle publicly, but have reached out to area police departments for help in their investigation.

Aurora police are using drone technology to create a 3D digital map of the scene that allows investigators to see specific details and measurements of the scene.

Police are canvassing local businesses to see if the crash was captured on surveillance video.

As of 10 p.m., S. River Street remains shut down at 2nd Street due to the investigation. They are asking drivers to seek alternative routes in the area.

Anyone with information about the accident is asked to call the Aurora Police Department's Traffic Unit at 630-256-5330 or call Crime Stoppers at 630-892-1000 to report information anonymously.
Report a correction or typo
Related topics:
aurorahit and runpedestrian struckpedestrian killedhit and run accident
Copyright © 2020 WLS-TV. All Rights Reserved.
PEDESTRIAN KILLED 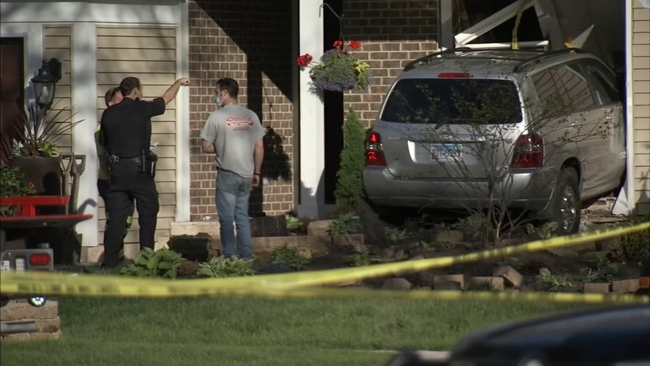