Missing snake: Vinny the 7-ft boa constrictor on the loose in Pa. 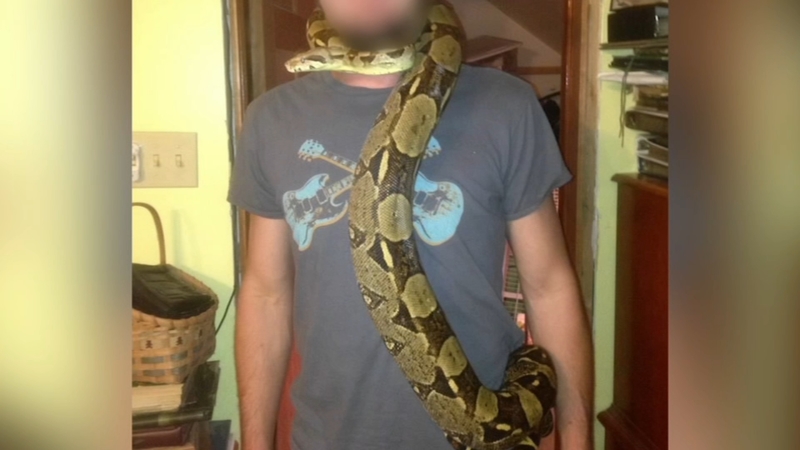 EAST GREENVILLE, Pa. -- Residents in a Pennsylvania town are a little bit on edge, and very much on the lookout.

Police in East Greenville, Pa., say a seven-foot boa constrictor is on the loose.

No one seems to know where the huge snake has slithered off to, and everyone wants to avoid a surprise sighting.

"He could be in a tree, in a drainage pipe, we're still hoping he's in the house," says the snake's owner.

However, he hasn't been spotted in his East Greenville home for four weeks.

The owner has even searched the neighborhood park, where an event was canceled out of caution that Vinny might be slithering feet from small children.

The East Greenville borough has residents on high alert after Vinny's owner reported him missing to police on Monday.

"Just knowing he can hide so well, under your shed, patio, deck. We can't go in people's backyards and search around," says his owner.

So far the search has proved fruitless, but Vinny's escape is all neighbors on the block are talking about.

"I just don't want it to squeeze me," said Kayleigh Shoop.

"It's kind of interesting, a little scary, but kind of fun," Yvonne Brown said.
"I don't understand why it's such a huge deal, it's not venomous," said Andrew Nundesser.