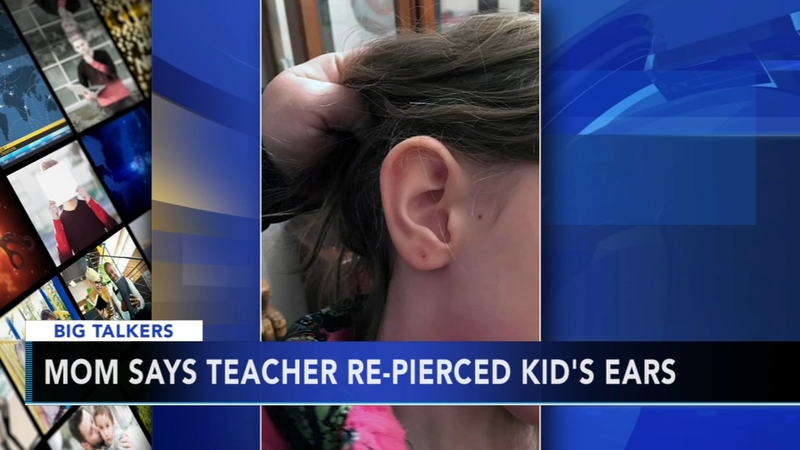 YORK CITY, Pa. -- A Pennsylvania mom says her little girl came home with newly pierced ears that were allegedly re-pierced by a teacher.

The mother, named Amanda, says her 7-year-old had her ears pierced when she was about 3. But after a week, the girl let them close up.

Since then, she's only worn clip-ons, occasionally.

That's why Amanda was so confused when her daughter came home from her York City school earlier this month with bruises on her lobes and freshly pierced ears.

Amanda says her child confessed that the teacher allegedly pushed the posts through the closed holes, despite the girl saying "ouch".

The mom says she has since contacted the District Attorney's office and police, but officials wouldn't discuss the case with 6abc Action News.