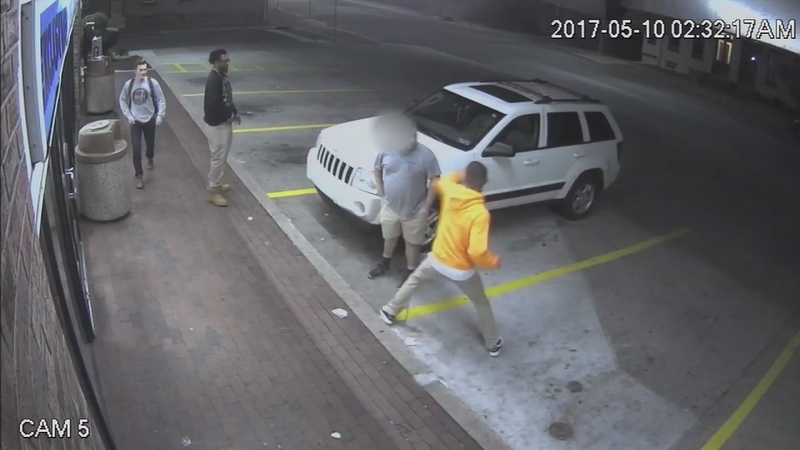 WEST CHESTER, Pa. -- A man has been arrested for the assault of a disabled man in Chester County that was caught on video.

Surveillance video was released on Monday that shows a man, identified by investigators as 29-year-old Barry Baker of Georgetown, Delaware, punching the victim in the face.

As the video begins, the victim is seen pulling up in a white SUV just as the suspect walks out of the store.

That's when a man in a yellow sweatshirt, identified by investigators as Baker, appears to mock the victim after he goes inside.

A few minutes later, the victim walks out of the store and the suspect apparently mocks him again.

The victim stumbles backward over the hood of his SUV as the man identified as Baker walks away.
The 22-year-old victim composes himself, gets into his vehicle and drives away. Police say he then contacted police.

"This defendant is a bully. Every decent citizen should be outraged by the defendant's conduct. The victim is to be commended for keeping his cool and notifying the police," D.A. Tom Hogan said.

Baker was charged with simple assault and related crimes. He is free on $25,000 bail.