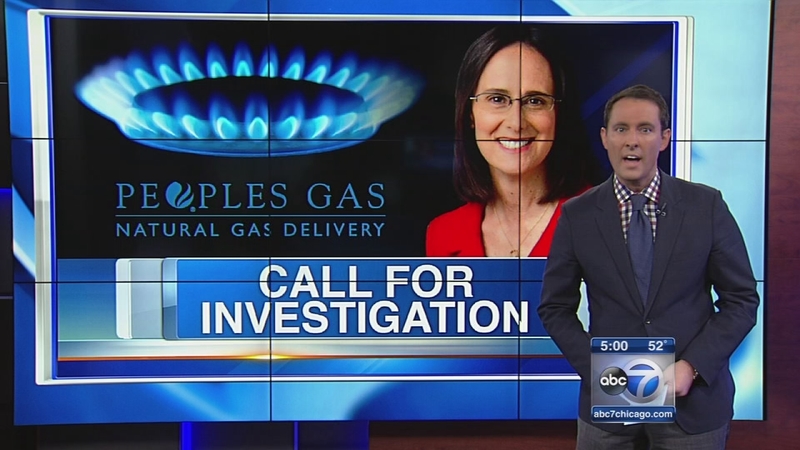 CHICAGO (WLS) -- Attorney General Lisa Madigan is calling for an investigation into the skyrocketing cost of a Peoples Gas infrastructure project.

"The bottom line is the auditor has made clear that Peoples does not know what it is doing and it is charging rate payers astronomically high process for a project that is out of control," Illinois Attorney General Lisa Madigan said.

"The cost estimate was about $2.5 billion. Since then, the latest cost estimate that has come out is over $8 billion and the auditors have indicated it may be higher than that," Madigan said.

That increased cost gets passed on to consumers, Madigan said. Even if you have an unregulated supplier, in the city of Chicago Peoples Gas still delivers your gas.

The average consumer will pay about $7,700 more on a bill over the life of the 20-year project, she said, because the upgrades have shot up in cost.

An outside auditor hired by the Illinois Commerce Commission recently evaluated the project.

"And they came out with an absolutely shocking report that I think demands immediate investigation and a response from the ICC. It is so appalling the public absolutely needs to know about it," Madigan said.

"This disastrous project has already drained an untold amount of money from Chicago seniors and Chicago families because of mismanagement and mistakes by Peoples Gas. We believe strongly it is time to stop the bleeding," Jim Chilsen, Citizens Utility Board, said.

"This auditors report was so shocking I guarantee it will keep you awake, but you will just be appalled about some of what's in it," she said.

Peoples Gas released a statement, "... the previous outside contractor had developed an estimate showing that the program cost might rise to as much as $8 billion... We did not have confidence in that estimate. We have now assembled an experienced construction management team and hired a nationally known firm..."

Peoples Gas also said it will provide a new estimate and scheduling model to the Illinois Commerce Commission by the end of November. The agency said it will aggressively oversee the reforms.

Peoples Gas also said it is cooperating with all government agencies.