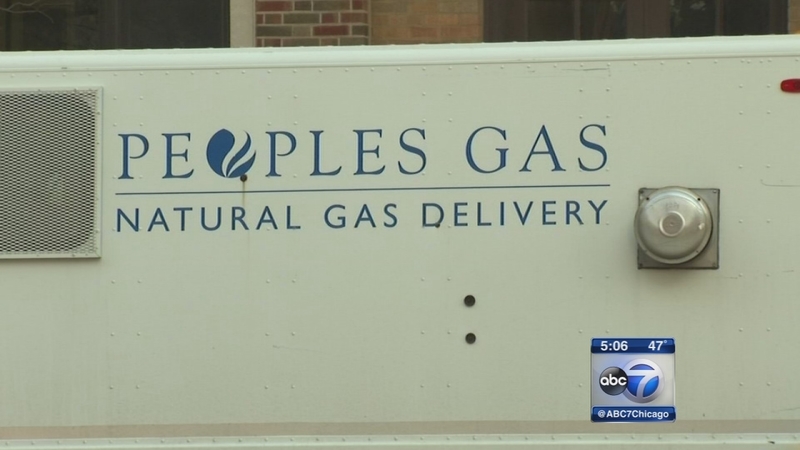 CHICAGO (WLS) -- The state has suspended a Peoples Gas project that bloated to $8 billion being passed onto customers.

The Attorney General's Office says that infrastructure project was out of control - and was responsible for raising gas bills in Chicago.

Another state agency that regulates energy suppliers is taking action, pulling the plug on the Peoples Gas plan.

The Illinois Commerce Commission says it is now suspending the 2011 Peoples Gas project that critics say ballooned out of control.

In the short term, workers will still be replacing old and hazardous gas pipes.

The ICC took action Wednesday to re-evaluate the "accelerated main replacement program," hoping that Peoples Gas will bring the cost down - way down.

In November, Attorney General Lisa Madigan called for an investigation into the sky rocketing cost. An independent auditor had revealed it went from $2.5 billion to more than $8 billion.

With that price tag, Madigan said the average consumer would pay about $7,700 more on a bill over the life of the 20-year project.

Peoples Gas on Wednesday said the project is to make the century-old infrastructure safer and more reliable.

"Peoples Gas looks forward to working with our stake holders and participating in the recommended workshops to discuss how we can continue building on improvements already made to the accelerated main replacement program," the company said in a statement.

Peoples Gas also said it submitted a revised cost study to the ICC on November 30, which estimates the 20-year plan will cost $6.8 billion.

The ICC says it will be working with Peoples Gas and other agencies over the next five months to create a more affordable and efficient plan, much lower than $8 billion.

The ICC is also investigating whether Peoples Gas properly disclosed this higher cost before a recent merger was approved.

Madigan released a statement Thursday that said while she is happy the ICC will re-evaluate the program, the commission must do more.

"I'm glad the ICC recognizes the serious issues with Peoples AMRP, but the Commission's response fails to bring meaningful changes to the program that are desperately needed. The ICC, working with the auditor, must require and implement significant changes to fix the program and stop charging consumers outrageous rates," the statement said.

"The ICC Staff will continue to work with its outside auditor to implement recommended changes. The Commission's action to initiate an extensive, stakeholder-driven workshop process is the most efficient means to build upon current efforts to usher in the corrective measures necessary to build a new program that ensures safety, accountability, and customer affordability. We are grateful the Attorney General has accepted our invitation to participate in the process and look forward to working with them," said Bob Gough, ICC senior public information officer.