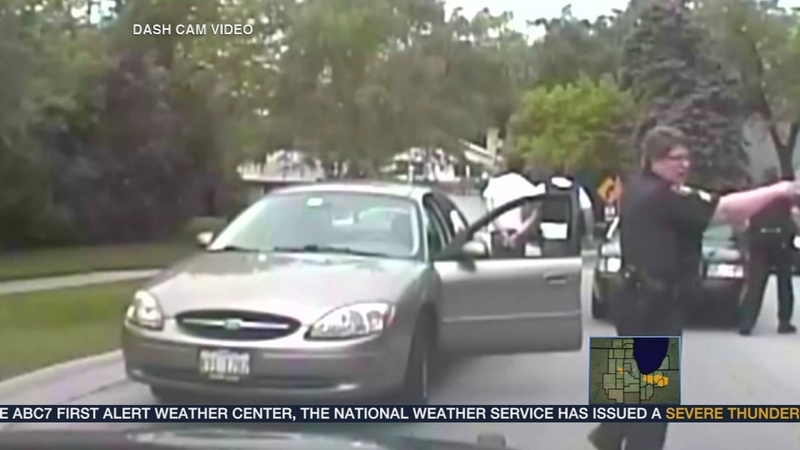 Three Chicago police officers and one Glenview police officer allegedly provided false testimony and lied under oath during a drug case in Glenview.

"I think that it's clear that our justice system relies on the truthful testimony of all of our witnesses, be it civilians or police officers," said Cook County State's Attorney Anita Alvarez.

Another Glenview officer avoided charges because she admitted in court that she lied.

"It's going to come out that this was nothing more than mistaken testimony and it's not going to be a criminal matter and we feel confident going forward," said Dan Herbert, defense attorney.

In court, prosecutors said while testifying during a 2014 drug trial, the cops claimed under oath they followed correct procedure when arresting drug suspect Joseph Sperling, 23, for marijuana possession.

The case was dismissed when the Sperling's defense attorney subpoenaed police squad car dash cam video, showing the officers arrested him before the marijuana was found.

"It's uncommon that police officers are charged with crimes, period, and much less perjury, lying under oath - so Cook County State's Attorney deserves some credit for bringing these charges," said Jon Loevy, Sperling's attorney.

The officers were charged after a federal lawsuit filed by Sperling's attorney was settled out of court.

While the fraternal order of police declined to comment about the charges, Chicago Police Superintendent Gerry McCarthy commented on the incident after speaking at a CPD graduation and promotion ceremony.

"At the end of the day, our integrity is one of the most important things if you heard me speaking today," McCarthy said. "It has to do with the public trust - especially in the environment that we're in today."

The officers also face charges for obstructing justice and official misconduct. All are expected to appear in bond court Monday afternoon at the Leighton Criminal Courts Building in Chicago.