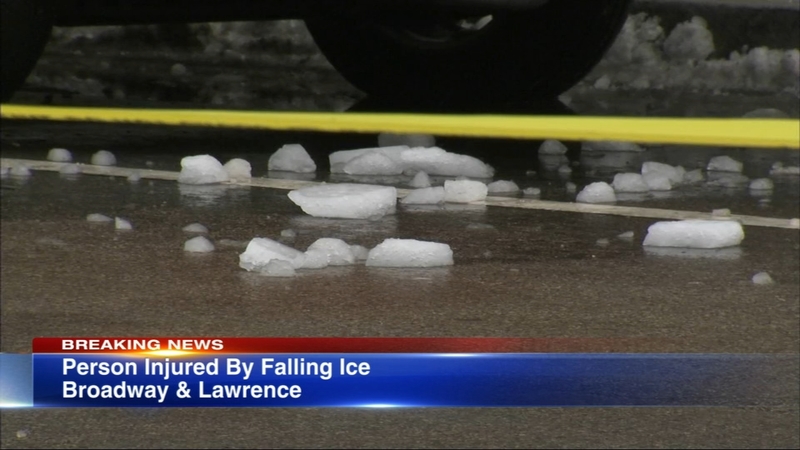 CHICAGO (WLS) -- One person is recovering after they were hit by falling ice on the city's Uptown neighborhood.

Witnesses described "sheets" of ice came down from the top of the Bridgeview Bank Uptown building.

Those witnesses said one large chunk, described as several feet long, fell on a woman as she was walking by.

The incident happened just before 2:30 this afternoon on Lawrence near Broadway.

After Chicago Police arrived on scene, officers blocked off the sidewalk and the roadway near the building as more chunks of melted ice came down.

The woman hit was treated on the scene.

Staff inside the building started clearing remaining ice from the upper floors as roads were blocked.

The eyewitness ABC7 Eyewitness News spoke with said at first the woman who was hit appeared to be unconscious but later was seen speaking to the man she was with.

Police have not given an official update on her condition yet.
Report a correction or typo
Related topics:
chicagouptownwoman injuredfalling ice
Copyright © 2021 WLS-TV. All Rights Reserved.
More Videos
From CNN Newsource affiliates
TOP STORIES