Candidates in Illinois 6th District meet with Tribune editorial board 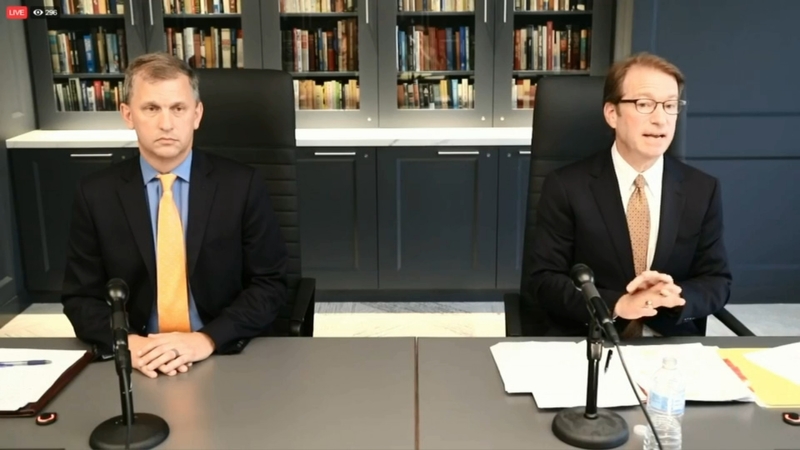 Candidates in Illinois 6th District meet with Tribune editorial board

CHICAGO (WLS) -- The candidates competing for the seat from Illinois's sixth congressional district faced the Chicago Tribune editorial board Wednesday.

Republican Peter Roskam has held the seat since 2007.He's being challenged by Democrat Sean Casten.

Roskam and Casten are battling it out in one of the most watched races in country. The question and answer session for the Tribune was the third time they have faced off in private.

While policy issues consumed most of the hour, a central campaign issue for Casten is Roskam's unwillingness to hold town hall meetings

"The last time you had a town hall, Lehman Brothers still existed, Uber didn't and America didn't have a black president," Casten said.

Roskam said he prefers smaller meetings and said he has held hundreds.

There was no shouting at the debate, both candidates calmly disagreed about every policy issue, especially tax reform. Roskam said the Republican tax cuts are responsible for today's robust economy,

"A lot of words there, I disagree with almost all of them. We are at end of a 9-year boom that started under Barack Obama," he said.

Casten said the tax bill should be repealed because it cost too much money.

Wednesday's meeting ended with a few questions about President Trump. While Casten is trying to link his opponent to the president, Roskam is not worried about the shadow Trump may cast over his campaign

"Donald Trump got 43 percent of the vote in the last election and I got 59 percent. This is not new territory to me, it comes with the season," he said.