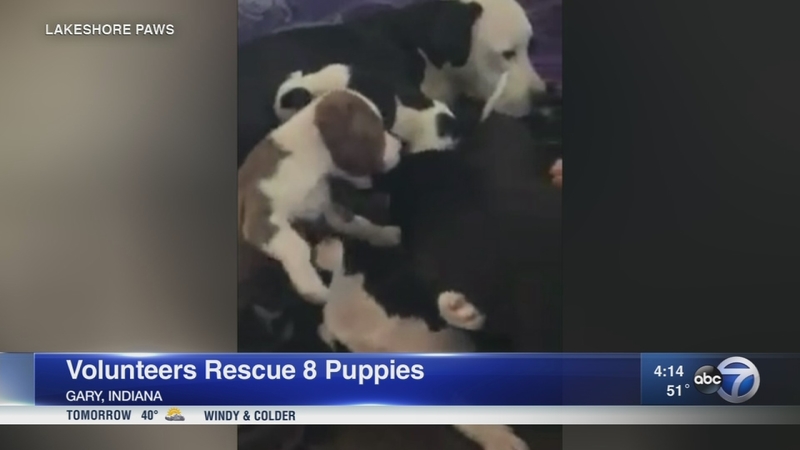 VALPARAISO, Ind. (WLS) -- After at least six months of seeing and feeding a stray dog, a group of volunteers in Gary caught her and brought her to a northwest Indiana shelter.

But when she arrived at Lakeshore PAWS in Valparaiso, volunteers said she "shut down" and would hide motionless in her kennel "as though her thoughts were on something else."

After taking her to a vet, the shelter learned the stray dog had given birth just a few weeks earlier. So, the volunteers set out to find her puppies.

Volunteers from Lakeshore Paws had seen the mother around town before, so they had some idea of where to focus their search.

Still, they had to look through abandoned buildings and cars before they found the eight puppies - five girls and three boys.

Lakeshore Paws said the mother's demeanor changed once she was reunited with her puppies.

Both mom and her puppies will be available to adopt when they are old enough.