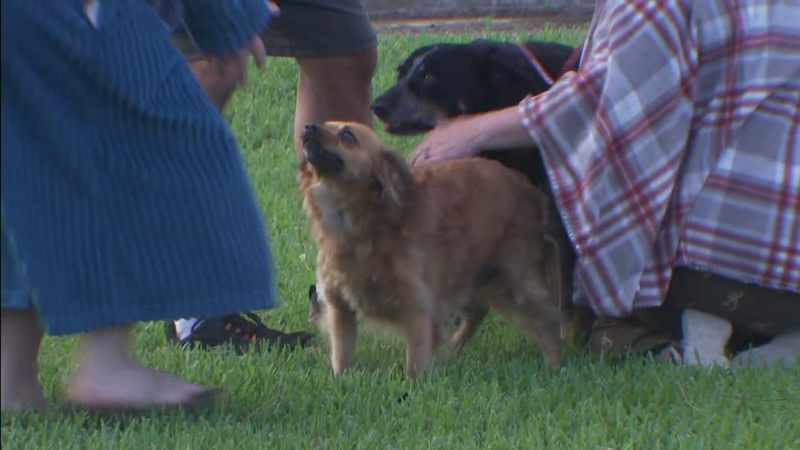 SAN LEON, Texas (WLS) -- Two dogs were reunited with their frantic owner on live television in Texas after they went missing following a massive house fire.

The ordeal began when three homes were engulfed in flames early Wednesday morning. One home was visibly leveled by the fire, and flames were seen shooting through the roof of another house. At least one boat in the canal behind the homes was also destroyed by the fire.

Six people in one home and one person in a nearby trailer were able to escape. But one family's two dogs were missing after they were able to get themselves out. It was unclear if the dogs has been killed in the fire, or if they had run off.

Then, as ABC7 Chicago's sister station KTRK-TV was doing a live morning report, the dogs reappeared.

They came running straight to their owner from underneath neighborhood homes, and were met with a massive hug and tears.