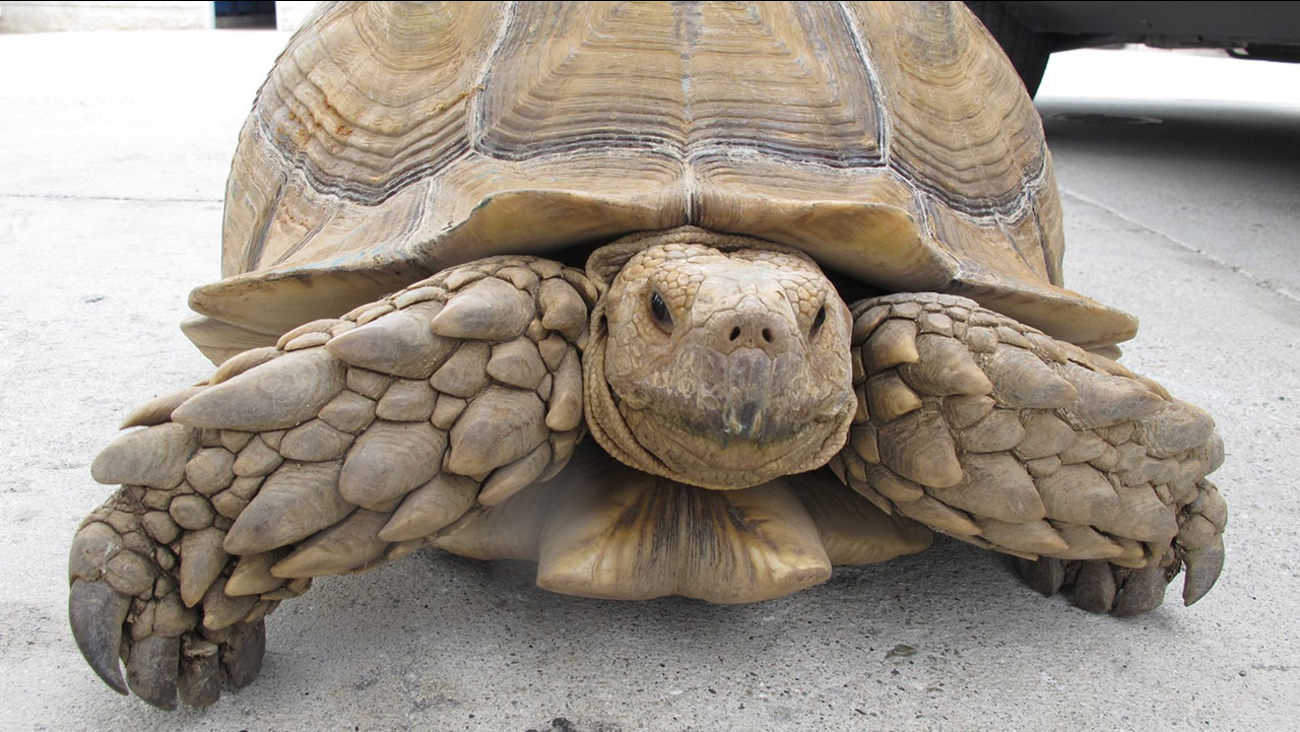 ALHAMBRA, Calif. -- A massive tortoise that was found roaming the streets of Alhambra has been reunited with its human family, police said.

The 150-pound tortoise, named "Dirk," was sighted roaming the southeast part of town near Valley and Atlantic boulevards around 1 p.m. Saturday.

It took two officers to apprehend the animal, according to a Facebook post by the Alhambra Police Department.

"Almost had a pursuit!" the department wrote. 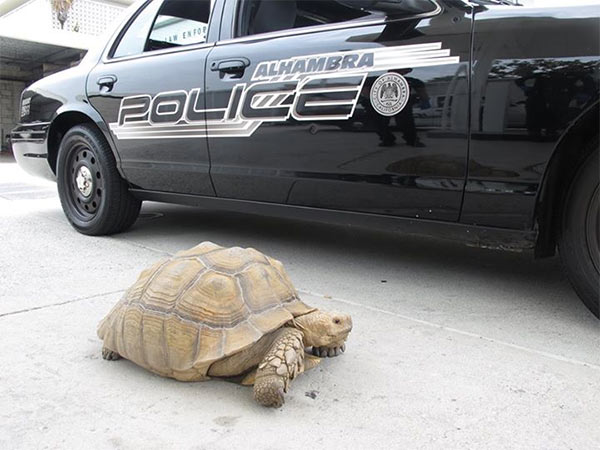 The tortoise was lifted into a patrol car and taken to the station, where it was later picked up by Los Angeles County Animal Care and Control in Downey.

According to the police department, it's illegal to possess the large tortoise, but an exception was made.

"We enjoy keeping families together, so an exception was made in this case. Thank you Alhambra partners and FB friends! Until next time...Don't ignore it. Report it!" the department wrote on its Facebook page Sunday morning.