KTRK
DENVER, Colo. -- A suspected drug dealer allegedly threw 17 bags of heroin over the fence at a doggy daycare while running from police on Tuesday.

Several dogs ate the drugs, and one almost died.

Denver police said the officers saw the suspect dealing drugs, which is what lead to the chase. One officer saw him throw something over the fence.

Laura said she was at work when she got the call from her dog's daycare.

"She's high on heroin," they told her. "We're treating her but you need to come as soon as you can."

The whole thing was caught on surveillance video.

In the video, you can't see the suspect throw the drugs over the fence, but Laura's golden retriever named Charlie is seen eating a full bag of heroin.

"You can see her chewing on it as she walks away," said owner of the Bark and Play, Garrett Bishop.

A few seconds later, an employee can be seen picking up several heroin baggies from the ground.

"All in all, 17 baggies were found in our playroom, not including the five that the guy tried to swallow," further explained Bishop.

"The employee saved her life," said Laura. "I know she'd be dead. I'm really happy she's not because they were so fast-acting."

Laura said the daycare had to rush Charlie to the vet, where she was treated with charcoal and the heroin antidote Narcan.

"She still has no energy," she said a day after it happened.

Charlie is doing much better now, but Laura said when she got the call at work they didn't know if her beloved dog would make it.

"I could have lost my dog yesterday because some stupid idiot decided to sell drugs, run from the police, and throw them," she said.

Bishop said what happened at his business is highlighting a much bigger problem in Denver.

"We find needles, we find everything around here. And it's getting to the point where I can't let my employees go outside," he said.

KMGH reports that they have not released the suspect's name because investigators said they are still trying to positively identify the person.

Denver police say it is working with its Victim Assistance Unit to see if they can help Laura pay for her vet bill, which came in at more than $500.
Related topics:
illegal drugsdrug arrestdrug treatmentheroindogu.s. & world
Copyright © 2020 KTRK-TV. All Rights Reserved.
More Videos
From CNN Newsource affiliates
TOP STORIES 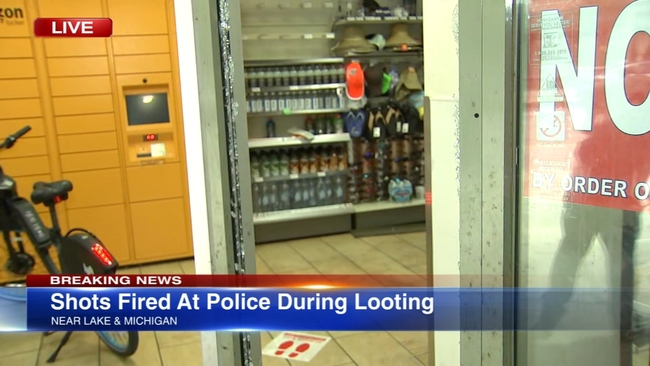