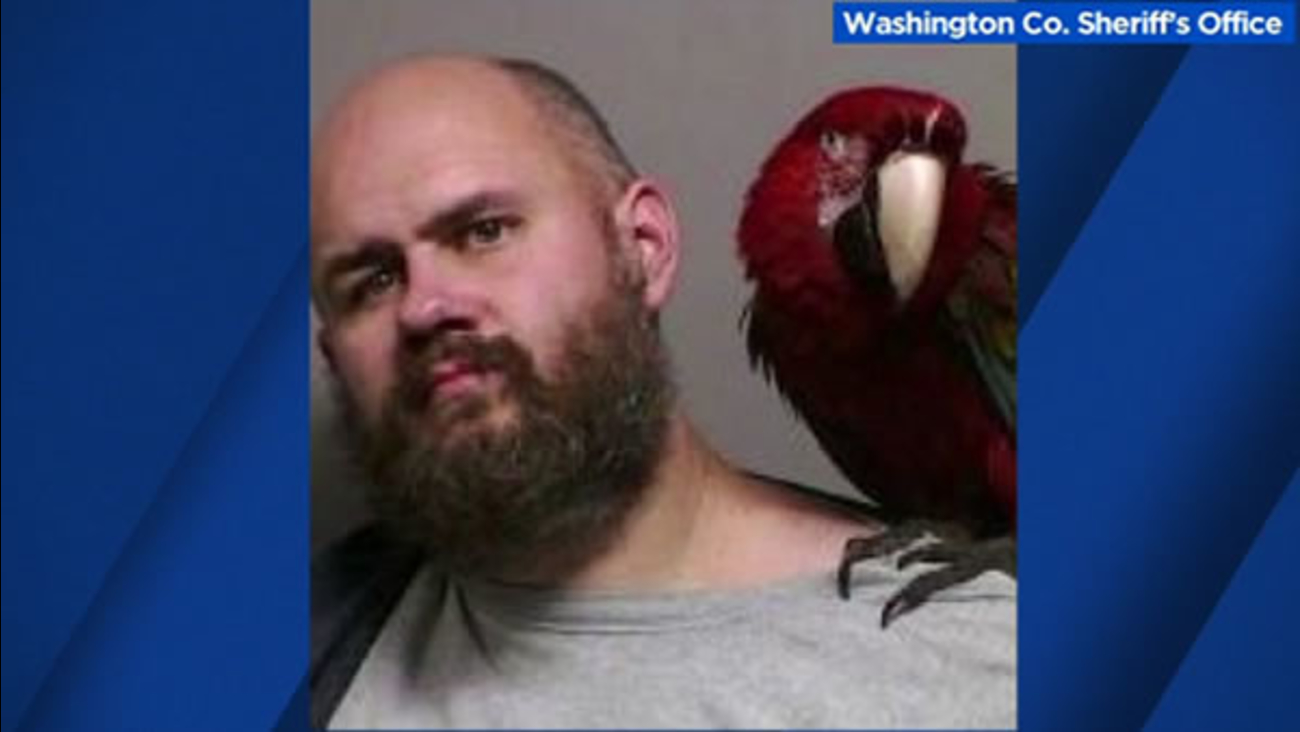 This is a Washington County mugshot of Craig Buckner with his pet bird. (Washington Co. Sheriff's Office)

PORTLAND, Oregon -- So yeah, this is a mugshot of a guy with a parrot on his shoulder. But there's more to this photo than meets the eye.

His companion parrot, Bird, came along with him.

Thinking the judge would only slap him with a fine, Buckner left (the very well-trained) Bird on a tree outside the courthouse and went in.

But the judge ruled differently: he ordered Buckner taken into custody immediately.

Never mind going to jail, Buckner was worried about his Bird.

And Bird, apparently, was getting worried too. According to CNN affiliate KPTV, she was surrounded by crows outside and was pretty distressed.

Seeing how distraught Buckner was about deserting Bird, Deputy Shoana McKelvey made some calls to arrange a friend to pick her up. 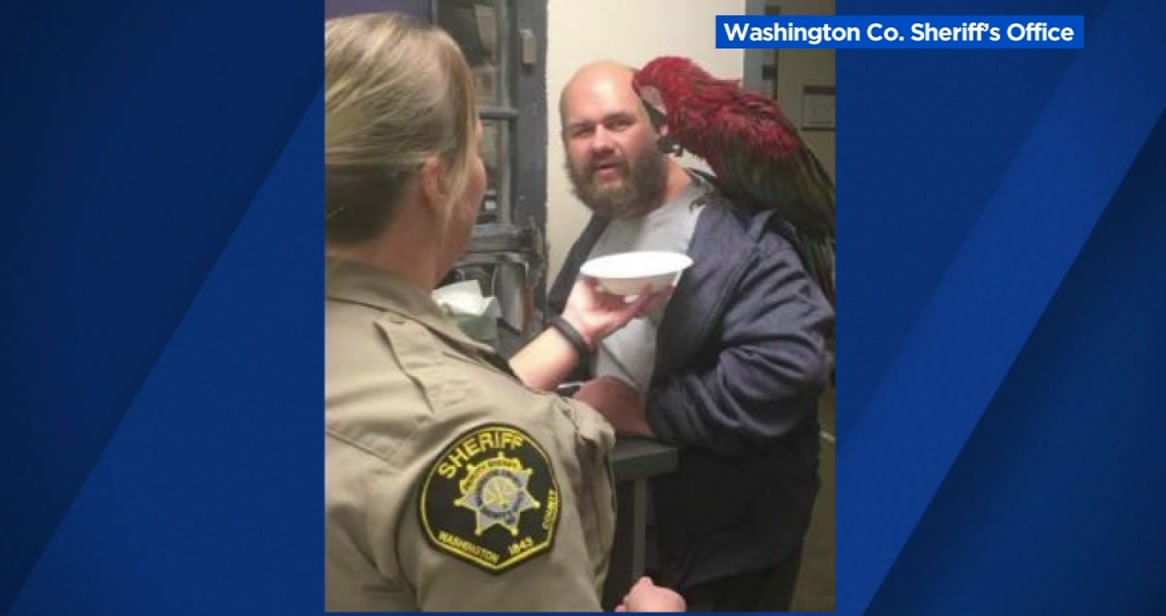 "Mr. Buckner was already in a stressful position and did not need the additional stress and worry of his loved pet, Bird." McKelvey said.

The deputies also went and brought Bird in and let the macaw hang out with its owner in the booking area.
"Our sheriff's office has very strong core values of doing the right thing. I also have very strong moral values of treating all people with compassion no matter what role I am taking," McKelvey said.

And that's how Buckner and his feathery friend ended up in this amazing mugshot. Because some officers decided to extend a little kindness.