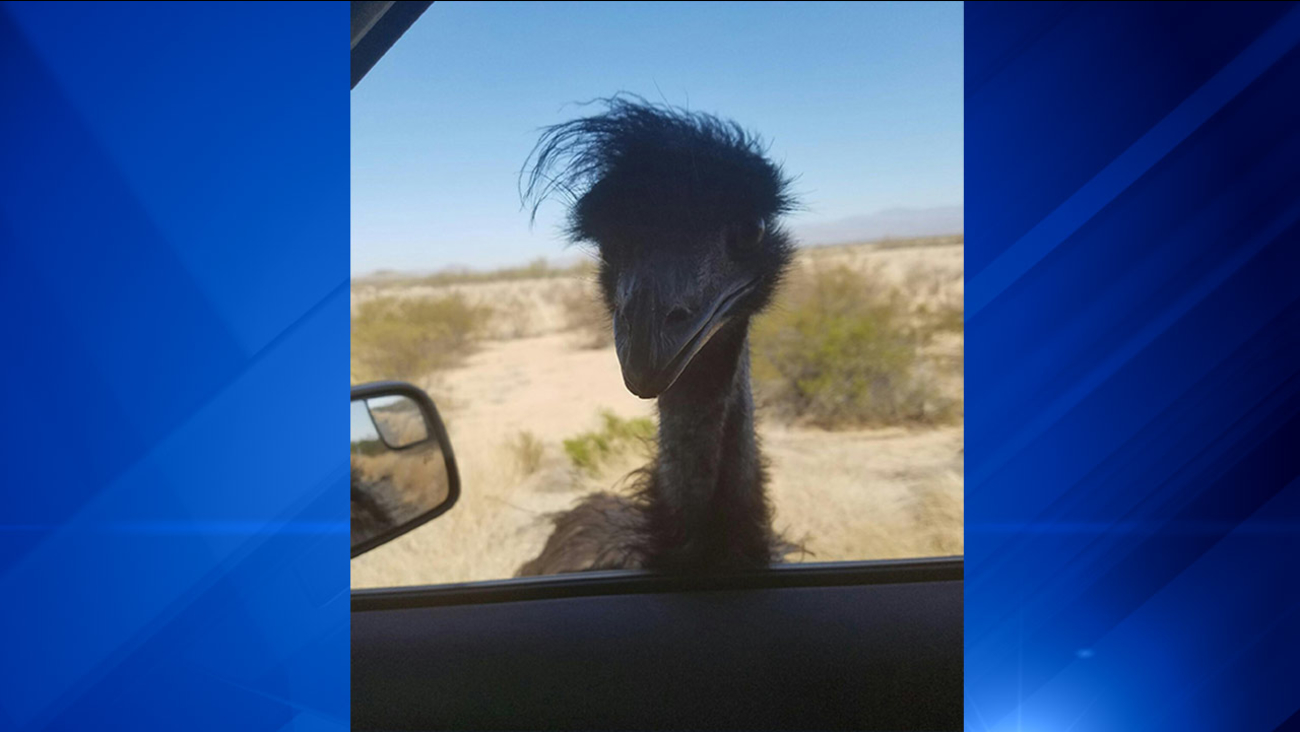 An emu on the loose on an Arizona highway. (Arizona Dept. of Public Safety)

PHOENIX -- It's not the usual type of suspect Arizona State Troopers take into custody -- this capture involved a long-legged big bird, wandering the highway.

Police were alerted after an emu was spotted on the Interstate 10 on Friday.

"Wild day on I-10 west of Phoenix. Emu on the loose!!" Arizona Department of Public Safety spokesman Quentin Mehr tweeted.

Authorities said the animal crossed the median and onto the dirt shoulder of the roadway, where it was safely contained.

A state agricultural official used a lasso to capture the bird and placed it into a transport trailer.

"And the emu, and motorists are safe," Mehr tweeted.

And the Emu, and motorists are safe. pic.twitter.com/f3rdcZxeFZ

How the emu got on the highway is a mystery.

"We do not know where the emu came from. I am unaware of any emu farm in that area and, I believe, the Phoenix Zoo is the nearest zoo," Mehr told CNN.
Related topics:
arizona
More Videos
From CNN Newsource affiliates
TOP STORIES