Police received a call for help around 8:20 a.m.

The pit bull, named Clyde, was chasing a squirrel in his family's backyard when he happened onto the open sewer and fell in, authorities said.

When firefighters arrived, two rescuers went down into the sewer with a flexible litter mat. They found Clyde sitting in a corner. The sewer was damp, but not filled with water.

Firefighters found he was not seriously hurt. He only had a scratch on his hind leg, police said.

Once they hoisted the dog out of the sewer, fire officials said, "Clyde no longer appeared injured, and at the sight of bacon treats, became very excited."

Clyde's owner, visibly relieved, thanked the rescue team and immediately took Clyde to the vet to get checked out. He is expected to be OK.
Related topics:
arlington heightsanimal rescuedog
Copyright © 2020 WLS-TV. All Rights Reserved.
More Videos
From CNN Newsource affiliates
TOP STORIES 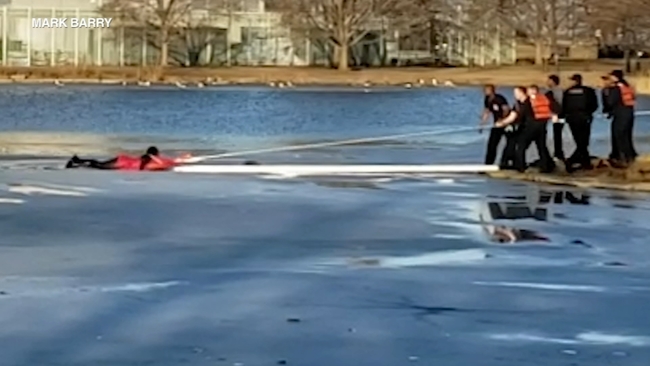