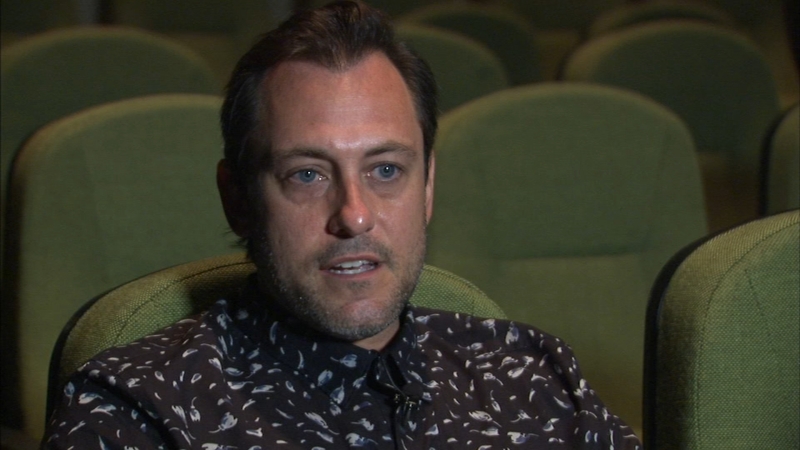 CHICAGO (WLS) -- Phil Donlon grew up a South Side kid with dreams of playing in Comiskey Park. Now, he's starring as a baseball player struggling to stay in the game in the new movie "High and Outside."

The filmmaker and actor spoke with ABC7's Janet Davies about the film that debuts at the Siskel Center Friday night.

In the film, Phil is a minor league baseball player whose life is on the skids, and believes there's one last chance to salvage his career.

He'll risk what's left of his family and self-respect to get a final shot.

"High and Outside" is Phil Donlon's shot at a leading role.

Donlon's character grew up in the shadows of a baseball legend, his father, played by Geoffrey Lewis, who died just after finishing the film.

"To put his body which is really frail, and he already had a Hollywood image, and to do all that, the brilliance of that performance, I think it's the best performance he's ever given," said Donlon.

Donlon started out in Bridgeport. He fell in love with acting as a teenager in the western suburbs when he was cast in a school play.

"It changed my life, after doing that play I knew that's what I wanted to do, coming from a blue collar upbringing nobody in my family was an artist, nobody understood that," he said.

The actor caught fire on the Chicago stage, and founded the Gilead Theater Company.

"I wanted to do that kitchen sink drama I heard about, Malkovich and Sinise on stage really being drunk and everyone's naked on stage, all this stuff," he said.

Phil is true to his South Side roots.

"I show up to the Dodgers games when they play the Cubs and I wear my Sox stuff," he said.

"High & Outside" debuts at the Siskel Film Center this weekend.

Phil's mom is his date to the debut.

"I grew up watching Roger and Gene. It was almost like a film school for me, kind of taught me how to watch movies and appreciate movies, so to be here is very important. I feel like it's my duty to be the best I can be because I'm an actor from Chicago and I'm sort of carrying that torch," he said.