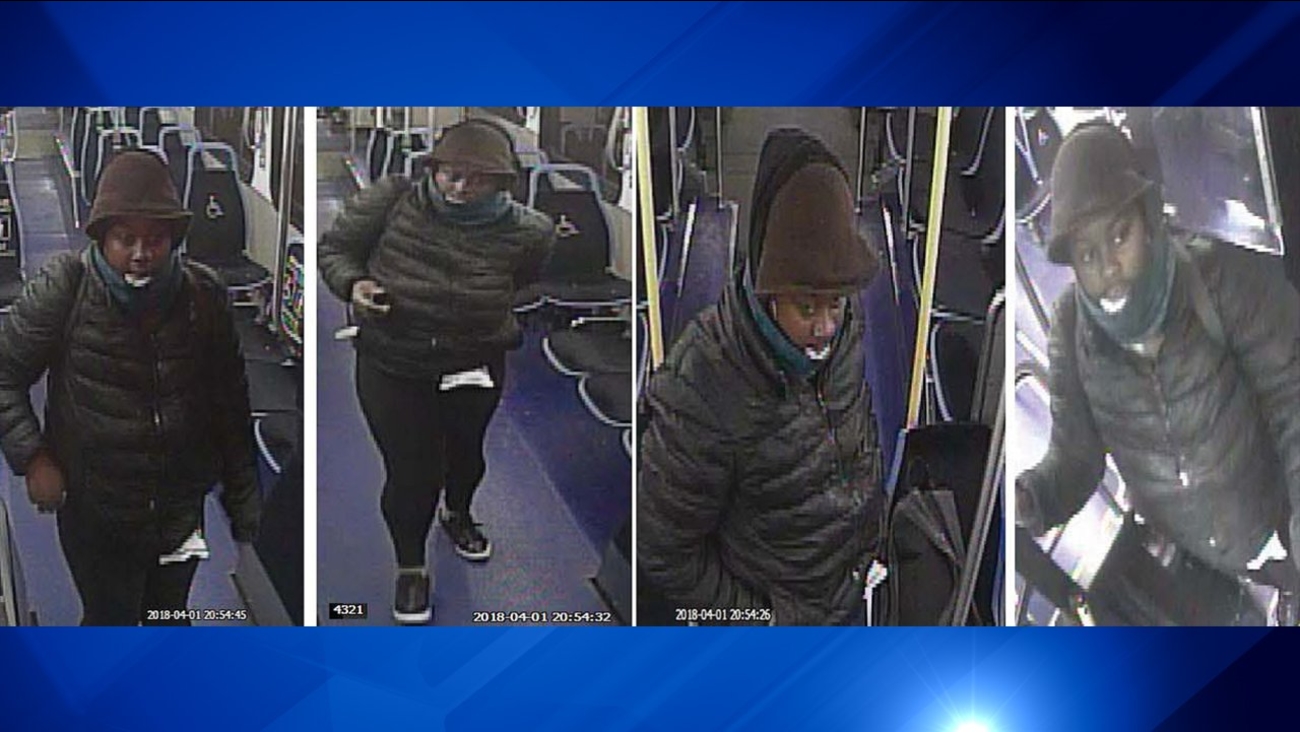 Surveillance photos show a woman wanted in connection with a stabbing on the No. 147 bus on the Magnificent Mile. (Chicago Police Department)

CHICAGO (WLS) -- Surveillance photos of a woman wanted in the stabbing of another woman on a CTA bus on Chicago's Magnificent Mile were released on Wednesday.

She is described as being in her 30s with a heavy build. She was wearing a black coat with a brown hat and blue scarf. 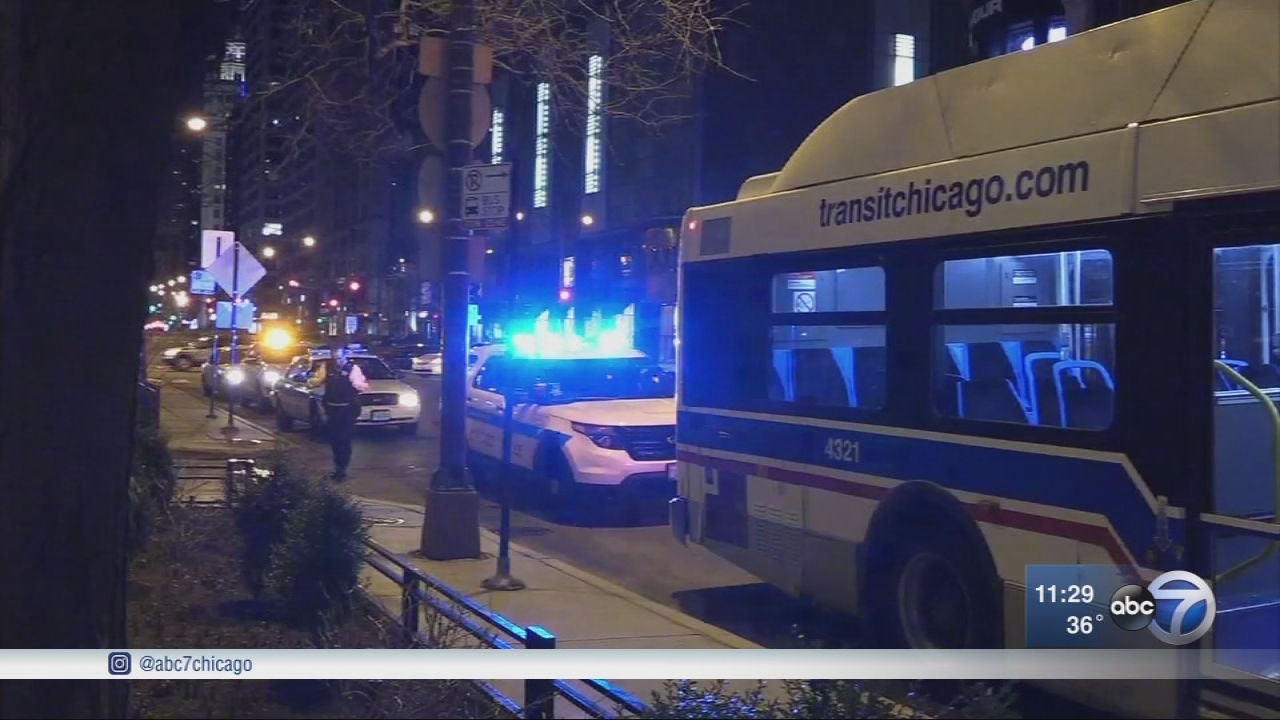 The victim was sitting in front of the suspect when she stabbed her in the back of the head, police said. It's not clear what she was stabbed with, but police said it was inside a glove.

The victim had a minor cut to the back of the head. She was looked at by paramedics at the scene and not transported to a hospital.
Report a correction or typo
Related topics:
chicagostreetervillechicago crimemagnificent milestabbingcta
Copyright © 2021 WLS-TV. All Rights Reserved.
RELATED
Woman stabbed on CTA bus on Mag Mile
TOP STORIES
Latest on coronavirus: Masks could return in Chicago
Crocodile bites 18-year-old and drags her into water in Mexico
CDC reverses course on indoor masks in some parts of US
9 states added to Chicago Travel Advisory
Low-interest loans available for Chicago area tornado victims
Woman killed, 2 officers injured after Dolton confrontation, crash
IL reports 1,669 new COVID cases, 5 deaths
Show More
Walmart will cover 100% of college tuition for its workers
Mila Kunis, Ashton Kutcher only bathe kids when they see dirt
Simone Biles explains why she 'took a step back' from team finals
Unwanted 'scavenger' properties linked to crime, exit from Illinois
Metra train fatally strikes pedestrian in Libertyville
More TOP STORIES News