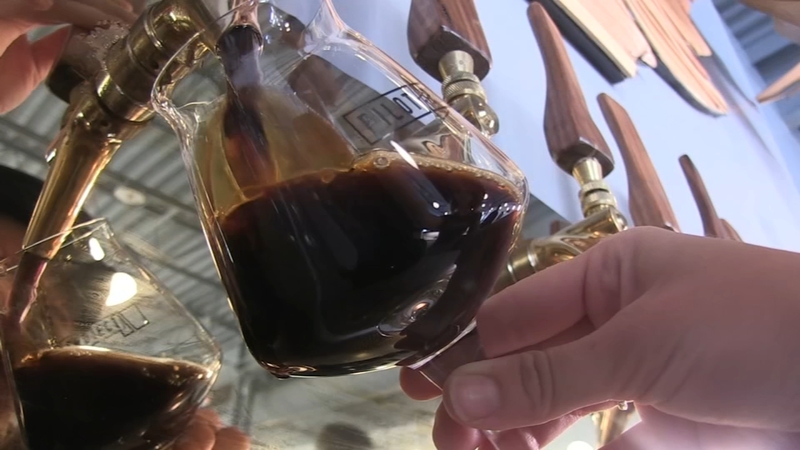 CHICAGO (WLS) -- Brewing beer is not an easy task. Not only does it require some skill and creativity, but also equipment.

There are plenty of home brewers looking for ways to expand their lines and bring their creations to a wider audience, and now they can, thanks to an incubator and tasting room in Logan Square.

The idea for Pilot Project was pretty simple: with more than 200 breweries in the region, but only about half with physical facilities, the need was obvious.

"The brewing space is rife with tons of opportunity but there's a really high barrier to entry for creative brewers, talented people in the industry, so we've developed a space where anyone can, any start-ups, whether you're a home brewer, you're a nomad brewer or a commercial brewery looking to experiment, can come and incubate different ideas and concepts and brands," said Co-owner Dan Abel.

"A hard kombucha, which is a brand we're incubating right now, or there's a really cool brand coming up with beer-wine hybrids called tethered vines," he said.

Brewers can produce as little as one barrel (that's two kegs), up to 200 barrels in a month. They typically keep about 20 on tap. Other highlights include a buckwheat farmhouse ale from Orkenoy; an Imperial Milk Stout called Chico's Revenge from 2nd Shift, a guest brewery, and a Spanish tea IPA called Manana de Mallorca from Brewer's Kitchen. The house usually has its own IPA on tap as well.

There's also a small cafe menu with pretty cheese and meat boards, or upscale grilled cheeses and savory waffles. All of the food makes for fine pairings with the small-batch beers.

Abel said with enough research and development assistance, some of these tiny home brewers just might break out on their own.

"Through pilot batching and testing, actually do enough R and D to get them to a place where it's a viable, awesome product," said Abel.

Up until now, all the brewers who've been here as guests, it's all been word of mouth. But if you wanted to make an application and let them know what you're doing and see if you can come in and have your beer here, go to pilotprojectbrewing.com, and good luck.