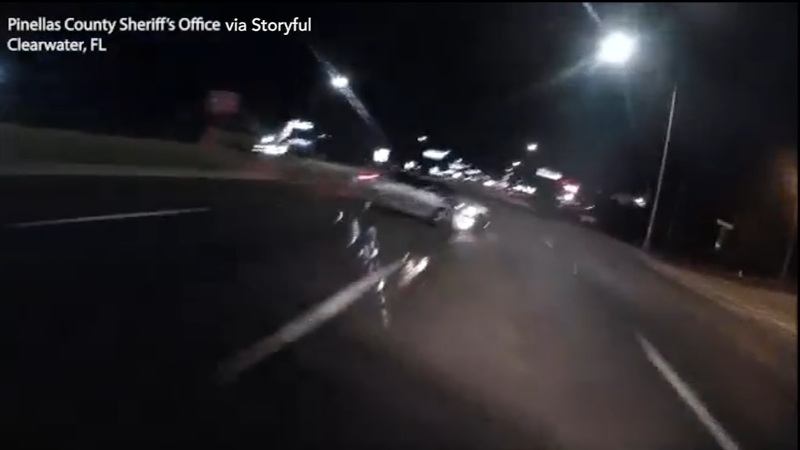 Police in Florida have released footage showing a dramatic crash in which a motorcyclist suffered serious injuries.

The Pinellas County Sheriff's Office said 21-year-old Ryan Decubellis was driving his 2017 Suzuki Motorcycle northbound on US Highway 19 North with a group of motorcyclists on May 3 when he drove past two deputies and accelerated at a "high rate of speed."

Decubellis crashed into a car driven by 54-year-old Scott Colletti, who was making a left turn across the road, police said.

Decubellis sustained serious injuries as a result of the crash.