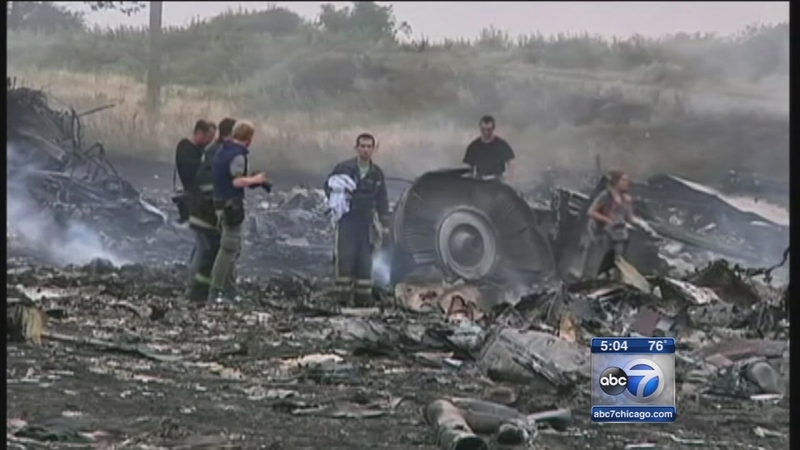 CHICAGO (WLS) -- Russia and Ukraine have been conflict over the area near where Malaysia Airlines Flight MH17 crashed. Ukraine is at civil war, which has been going on since the Ukrainian Revolution in February.

"It's really ugly if you live in eastern Ukraine closer to Russia. You don't have a secure environment," Professor Dick Farkas, DePaul University, said.

"Ukraine has been a hotspot for months. We have especially trying to track the activities supported by Russia," Professor Robert Pape, University of Chicago, said.

Those activities include the shooting down of several Ukrainian military aircraft in recent months, Farkas and Pape said. They said pro-Russian insurgents have been able to get their hands on modern weaponry, including surface to air missiles.

Those surface to air missiles are believed to have shot down MH17, although officials have not confirmed who fired them. Farkas said it's unlike the commercial plane was the intended target.

"What it does accomplish, it puts Ukrainian issues and instability back in the headlines. And that may be the ultimate motive that may be discovered over time," Farkas said.

The scale of the crash- with 295 dead- may be the key at putting international pressure on both sides, and especially Putin, to resolve a civil war that has claimed thousands of lives.

"This tragedy is a far more powerful vehicle to drive that wedge than any amount of sanctions you might put on Russia," Pape said.