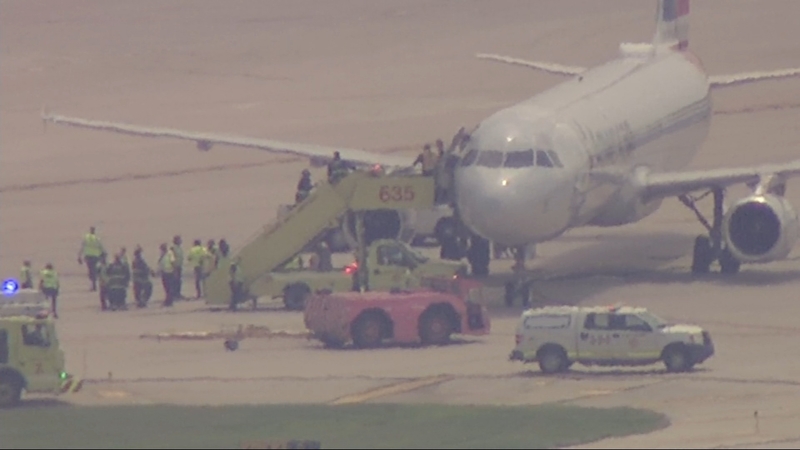 The spokesperson said the flight crew reported a flat tire on the taxiway after landing.

Passengers were able to deplane the aircraft and were then transported by bus to the terminal, the spokesperson said.