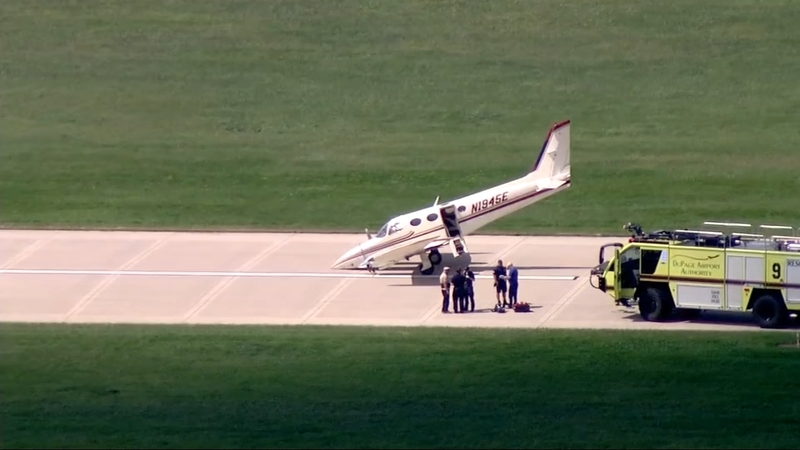 WEST CHICAGO, Ill. (WLS) -- A small plane tipped onto its nose after it landed at DuPage Airport around midday Wednesday. Authorities said the pilot was not able to fully deploy the nose gear.

Chopper 7 HD was over the scene as the Cessna 340 circled the airport several times before it touched down on its back tires. The nose gear collapsed upon full landing.

David Bird, executive director of the DuPage County Airport Authority, said there were two people on board, the pilot and a passenger. He said the pilot "did a great job with the landing."

Emergency crews were waiting on the ground as a precaution and moved in after the plane came to a stop. No injuries were reported.

According to Federal Aviation Administration records, the plane is owned by Fletcher Aero LLC, out of Richmond, Ind.