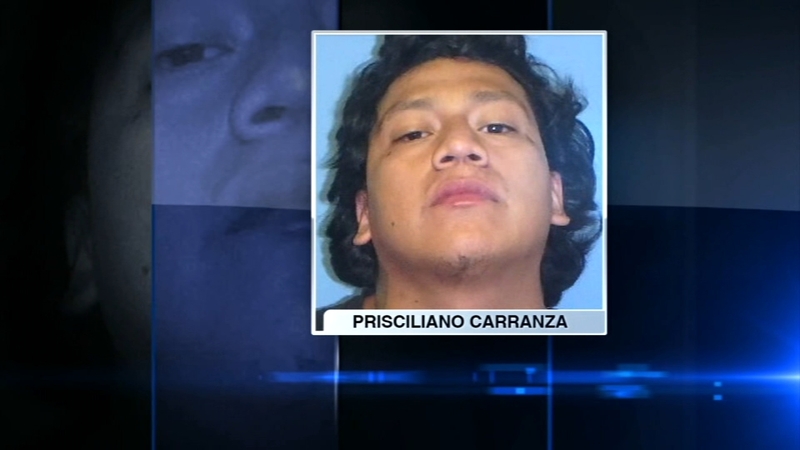 WAUKEGAN, Ill. (WLS) -- Police are accusing a man of driving his vehicle into a crowd of people, killing one, after an alleged argument outside of a Waukegan sports center Friday night.

Prisciliano Carranza, 22, of Waukegan, is charged with first-degree murder, and he's being held on a $5 million bond. Carannza is accused of using his SUV as a weapon in the parking lot of Lake County Sports Center in the northern suburb, killing a man in his 40s.

Police haven't said why Carranza allegedly drove into a family of four and another man following a soccer game.

"It was scary because I was very close over there," said Arturo Montuy, a witness.

Some witnesses said they saw a group fighting outside near the center's entrance before a black GMC drove into the crowd.

"I seen some car running over a lot of people," Montuy said.

Four people were injured, a 10-year-old girl, two teenage boys and a man in his 20s who's not related to the other victims.

"I know one of the players that got ran over," said Armando Gomez, a witness. "I played against him. He was there and I feel bad for him."

Witnesses said Carranza drove off after the incident.

"The car took off, didn't think twice about it, just took off," Gomez said.

A Waukegan police officer spotted the vehicle with front-end damage and conducted a traffic stop.

Police said there were two passengers in the SUV with Carranza at the time.

Officers said they were able to track him down with tips from witnesses.

"We had a lot of witnesses that were on scene last night that were able to provide information not only to our 911 dispatchers, but also to arriving officers on scene," said Waukegan Police Commander Joe Florip.