VIDEO: Woman fends off gunman with mop, bucket of water in Poland 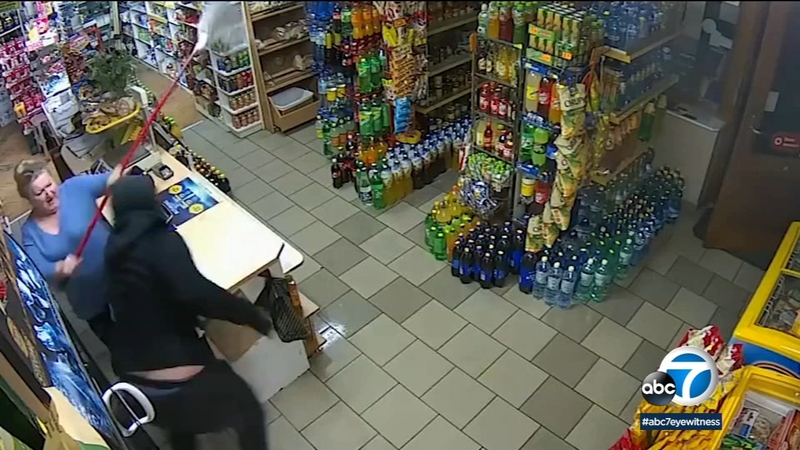 Woman fends off gunman with mop, bucket of water: VIDEO

PINCZYN, Poland -- An employee at a neighborhood store in Poland thwarted an attempted armed robbery using some unusual means of protection.

The video, which was originally shared by police and has since gone viral, shows the gunman entering the small shop in Pincyzn, Poland, and pointing a gun at the woman.

The woman behind the counter then tosses a bucket of water at the man before striking him several times with a mop as he lunged in her direction.

The woman is able to fend the suspect off, and he's seen running out of the door.