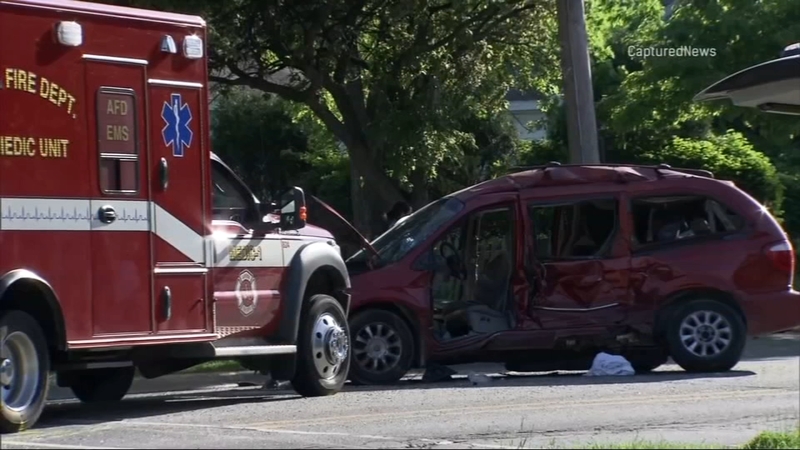 Police said at about 4:10 p.m. the ambulance was driving westbound on Galena Boulevard with lights and sirens activated when it crashed into a minivan traveling south on West Street.

Police said the driver of the minivan was a man in his early 20s, and a 27-year-old woman was in the passenger seat. There were six children in the minivan: a set of 1-year-old twin boys, and a 4-year-old, a 6-year-old, a 12-year-old boy and a 13-year-old girl.

One of the 1-year-old boys and the 12-year-old boy were taken to a Chicago hospital for serious head wounds, police said. No further details about the conditions of the other occupants was released.