Police investigate after at least 1 shot at Hammond hotel 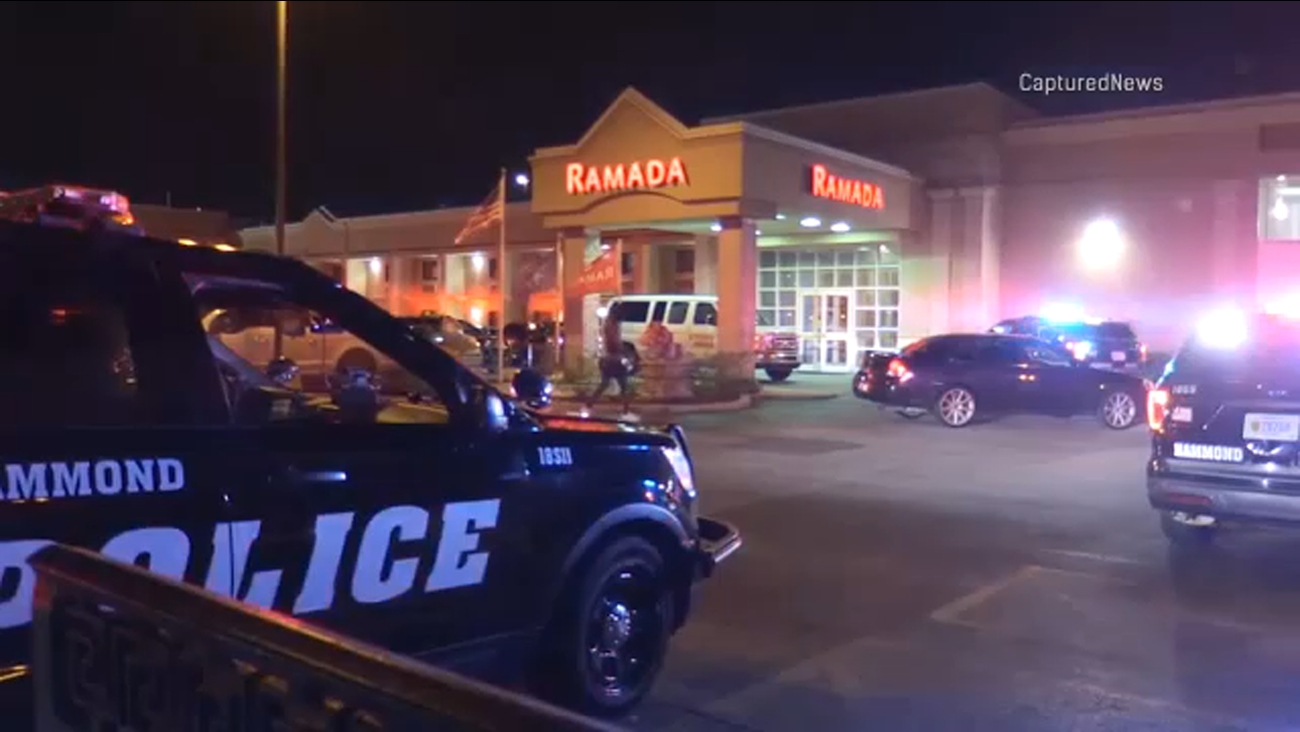 Police are investigating after at least one person was shot outside a hotel in Hammond Sunday morning.

Video shows Hammond Police Department officers on the scene outside a Ramada Inn hotel near the Indiana toll road. Bullet holes in the doors and shattered glass could be seen as police investigated.

Police say they responded to reports of shots fired outside the hotel, located at 4141 Calumet Ave just before 2 a.m. When they arrived, police say they learned a 20-year-old man had been shot four times. The victim's 21-year-old brother was also injured, however, they say they are not sure if it was a graze wound or broken glass.

The gunshot victim was transported to a Chicago-area hospital with non-life threatening injures, officials say. The other man was treated at a local hospital.

No suspects have been identified at this time, and the incident is being investigated, according to police.

Anyone with information about the shooting is asked to contact Hammond Police Det. Sgt. Mike Nemcek at (219) 852-2977.

In a statement, hotel management said, "The safety of our team members and guests is our top priority. We are fully cooperating with local authorities. As this matter is under investigation, we are unable to comment further at this time. We ask that all questions be directed to the appropriate local authorities."
Report a correction or typo
Related topics:
hammondindianaillinoisshooting
Copyright © 2021 WLS-TV. All Rights Reserved.
More Videos
From CNN Newsource affiliates
TOP STORIES