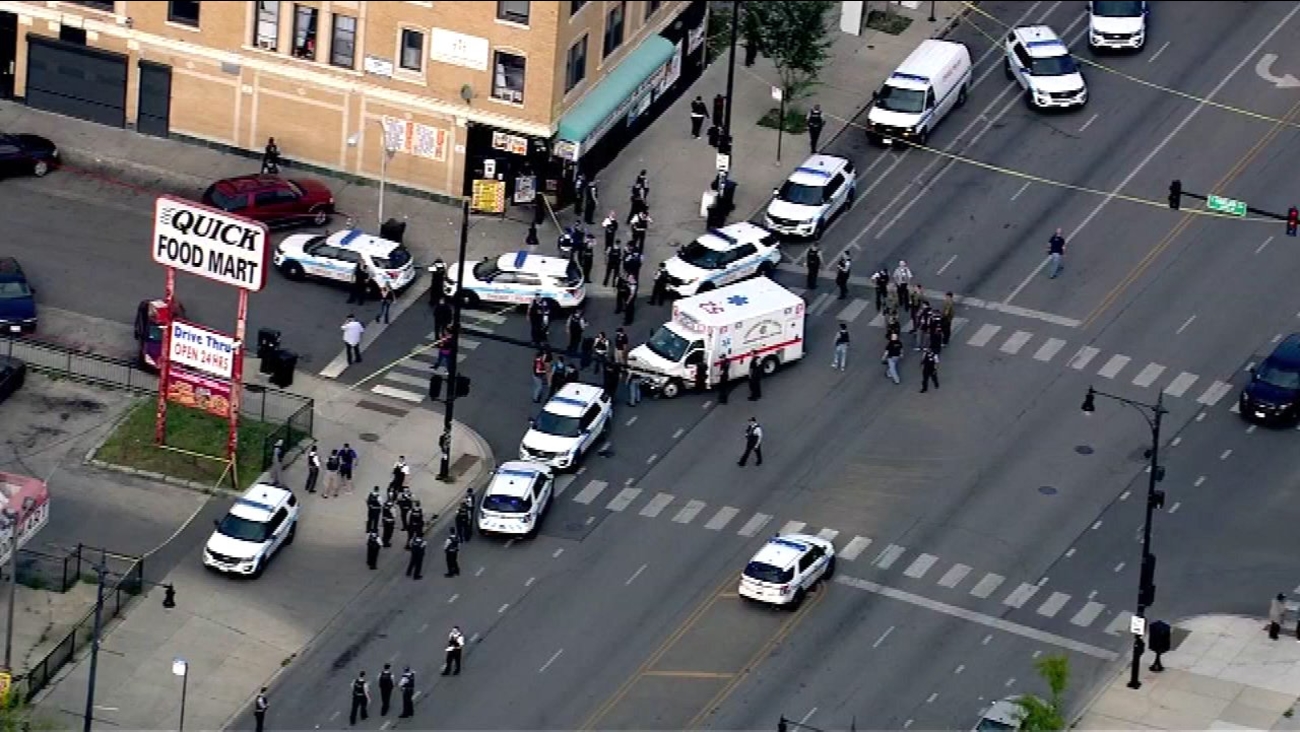 CHICAGO (WLS) -- Chicago police officers reportedly shot at a suspect Thursday after he opened fire on another man in West Garfield Park.

According to a police statement, the officers witnessed a verbal altercation in the 4200 block of West Madison Street at approximately 5 p.m. The situation escalated into a shooting, and police engaged the gunman, discharging multiple rounds, police said.

Police said the officers did not hit the gunman. According to a police statement, one suspect is in custody and two weapons were recovered.

During the incident, a vehicle was shot and a 9-year-old boy was injured by glass, police said. Police said they believe the vehicle was hit during the first altercation.

Shortly after the encounter, a man arrived at an area hospital with a gunshot wound to his lower body, according to officials. The circumstances of his injury are under investigation.