Man kills self after being shot by police in SE Side barricade situation, police say 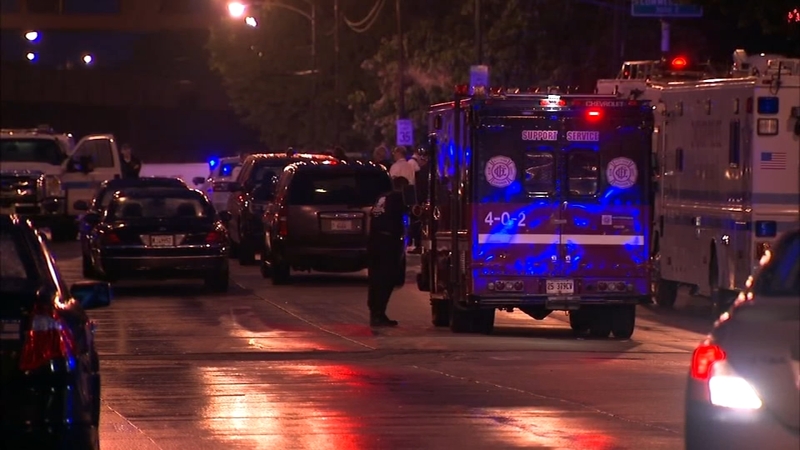 Police: Man kills self after being shot by police in SE Side barricade situation

CHICAGO (WLS) -- A man killed himself after he barricaded himself in a Southeast Side garage Saturday morning, Chicago police said.

The suspect was wounded by police before he killed himself, police said.

Officers responded to the 9400-block of South Commercial Avenue in the Calumet Heights neighborhood at about 11 p.m. Friday. They were called to a home there after a 24-year-old man got into a dispute with family members inside that home, police said.

The suspect fired shots outside the house and then moved into the garage, where he barricaded himself and a SWAT team was called in. No one was injured by the suspect's shots.

After several hours, the suspect left the garage and went into a grassy area nearby and was confronted by a SWAT officer.

No one else was injured and the three people inside the home were able to self-evacuate. The identity of the suspect has not been released.

The officer involved in the shooting has been placed on 30-day administrative duty, per department policy.

The Civilian Office of Police Accountability is investigating.

A spokesperson for COPA said in a statement, "COPA is the lead agency investigating this officer involved shooting and has begun gathering evidence and will continue to seek witnesses. We ask for patience and cooperation from the community as we conduct a full and thorough investigation.
If you or anyone you know has any information regarding this incident we ask that you contact our office at 312-746-3609 or via our website at chicagocopa.org."
Report a correction or typo
Related topics:
chicagocalumet heightspolice involved shootingbarricadeswatchicago police department
Copyright © 2021 WLS-TV. All Rights Reserved.
More Videos
From CNN Newsource affiliates
TOP STORIES