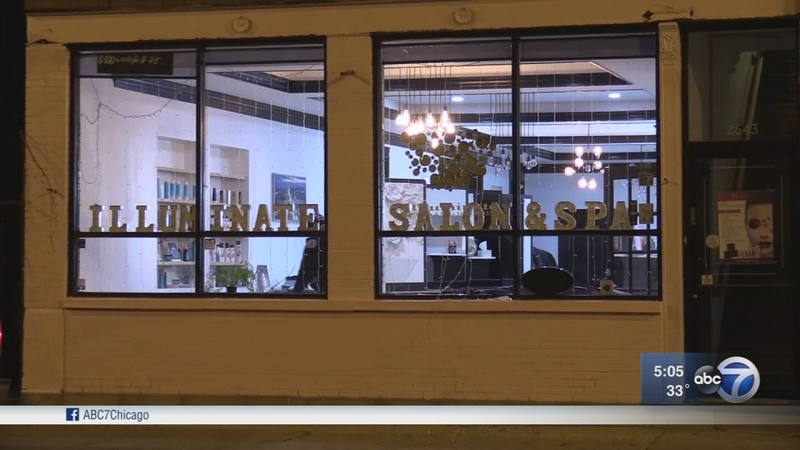 CHICAGO (WLS) -- Police say a person smashed a window into a salon in the Lincoln Park neighborhood early Sunday morning.

Chicago police say the smash and grab happened after 12:30 a.m. at a salon in the 2600 block of North Clybourn.

A man in a black mask broke in using a crowbar, grabbed the cash box and took off according to authorities.

The salon just opened five months ago, and the owner, who wished to remain anonymous, said she is shaken by the crime.

The owner said she and the staff worked late and wanted to call it a night; she now regrets not emptying the cash register. But she said she did learn from the incident and plans to install surveillance cameras inside and out.

"I just think we all need to be careful and I hope this never happen again," she said.

No one was injured in the incident.

The salon owner said police told her they believe the suspect has done this before to other businesses in the area.