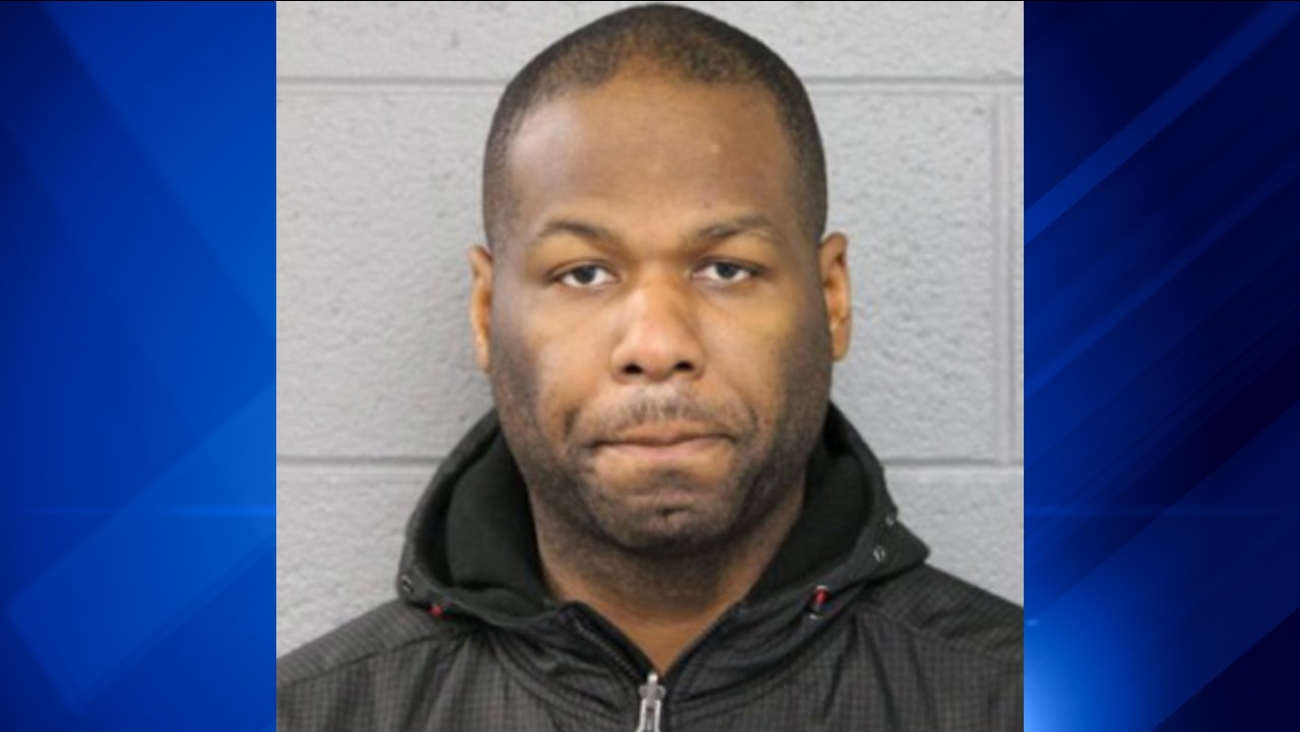 DOLTON, Ill. -- Chicago Police officers probably didn't know Jesse Williams was a Dolton cop when they chased him into a house in Lawndale on Monday afternoon.

Williams, 37, wasn't wearing his badge - or anything else - when they spotted him opening the doors of his car, then sprinting back to an apartment in the 1500 block of South Spalding, Assistant Cook County State's Attorney Lorraine Scaduto said at a bond hearing Tuesday at the Leighton Criminal Courthouse.

Williams' wife had called police after Williams allegedly threatened her during an argument, during which she had taken the only set of clothing he kept at the house and threw it out a window - twice, the Chicago Sun-Times is reporting.

The second time, Williams told his wife he would get his gun from his car and "do something bad" to her, prompting the woman to call 911, Scaduto said.

Williams' wife had locked the front door to the apartment while Williams was outside, but, chased by CPD officers, Williams made it to the still-unlocked back door and ran inside, holding a pistol in both hands, Scaduto said.

Williams chased his wife into the bathroom, shoved her into the tub, and pressed the gun to her forehead, as police officers pounded on the front and back doors, Scaduto said.

When the woman called out for help, Williams covered her mouth with his hand, Scaduto said. Police continued knocking for 10 minutes, until Williams, still naked, sent his wife to answer the door as he unloaded the guns, a Walther pistol and a .38-caliber Ruger, Scaduto said.

Williams' wife answered the door in tears, and Williams came up to greet the officers, still naked, Scaduto said. Police entered the house and found two guns, both unloaded, inside the house.

Williams, wearing a black hooded jacket and gray leggings as he stood beside his court-appointed lawyer shook his head repeatedly as Scaduto read from police reports on Tuesday.

When his lawyer said he denied the charges, Williams nodded, rocking back and forth.

"My client denies the allegations. He is innocent of the charges, Your Honor," the lawyer said.

Williams is a 10-year veteran of the Dolton police department, and has been a volunteer for the Salvation Army's prison ministry and is an active member of his church, the lawyer said.