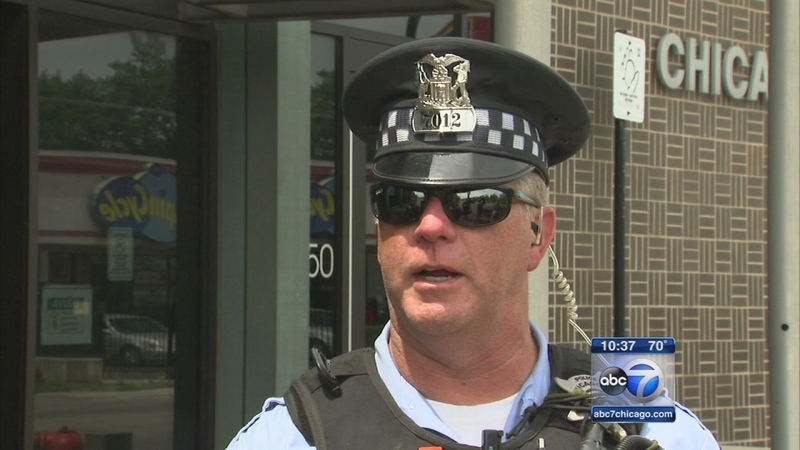 CHICAGO (WLS) -- An off-duty Chicago police officer - who was headed to a farmers market with his six-year-old son Sunday morning - is credited with possibly saving a bicyclist.

Officer Sean Hayes was driving on the North Side when he saw a bicyclist run into a car door on Damen, just south of Addison.

"I saw a man walking, he was confused, he was holding his neck," Hayes said. "I asked him, 'Are you OK?' and he pulled his hand away from his neck. And as he did you could see this big gaping hole and blood was pouring out."

Officer Hayes ran to his truck, pulled out his trauma kit and got to work, applying pressure to his neck.

His six-year-old son stood in awe, watching his dad in action. After, he told his dad, "Daddy, you're a hero."

Paramedics eventually arrived, rushing the bicyclist to a hospital. Hayes said he's happy that he could help.

"The right place at the right time with the right equipment, and he's ok," Hayes said.

The trauma kit Officer Hayes used is supplied to every first responder on the force.