Police officer shot and killed, 2 others injured after domestic disturbance 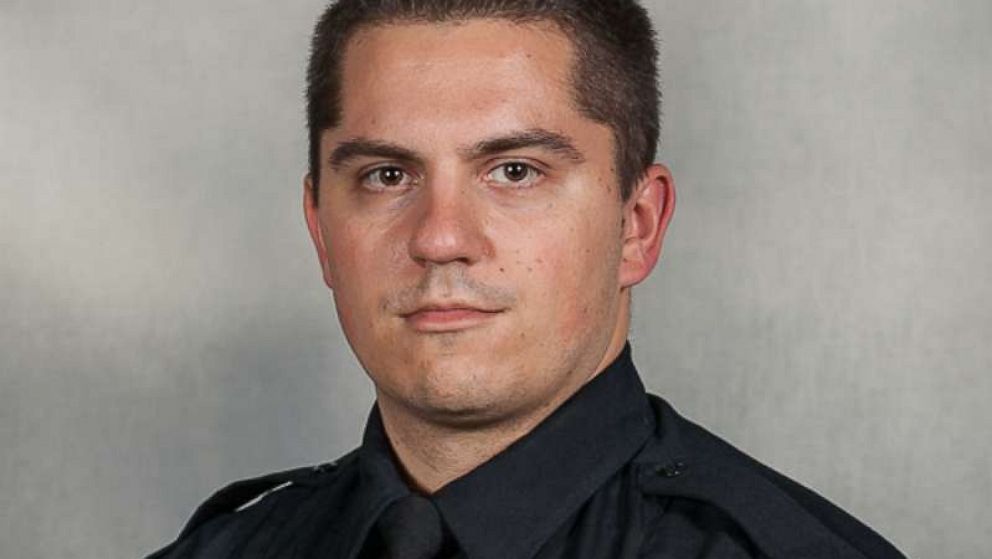 One police officer is dead and two others were injured after a shooting that was allegedly linked to a domestic violence incident Saturday night in San Marcos, Texas.

The two injured officers are in critical condition in the ICU after they underwent surgery for their wounds, according to the San Marcos Police Department.

Officer Justin Putnam, 31, who was killed, was a five-year veteran of the department. Fellow Officers Franco C. Stewart and Justin P. Mueller, who were also injured in the shooting, are both in critical but stable condition following surgeries, police said.

"Please keep the officers and their families in your prayers," the Combined Law Enforcement Associations of Texas, the state's largest police union, said in a statement.

The incident began when officers responded to a 911 call about Delacruz allegedly hitting his wife and other people inside an apartment complex in San Marcos, which is located about halfway between San Antonio and Austin, police said. Officers with the Hays County Sheriff's Office and San Marcos SWAT responded to the scene, Sheriff Gary Cutler told Austin ABC affiliate KVUE.

At least one victim was found outside of the home, and other victims were inside with the suspect when officers arrived, according to the police.

Delacruz, who allegedly had on body armor, began shooting at police from inside the residence with a rifle, striking three officers, authorities said. When cops made it inside the building, they found the suspect dead from the self-inflicted gunshot, the police said.

Putnam is the 15th police officer to die by gunfire in the U.S. this year. He is the first Texas law enforcement officer to die from a shooting that took place in 2020, though Liberty County Deputy Sheriff Richard Edward Whitten died in February after being paralyzed in a shooting in May 2019.

Texas Gov. Greg Abbott said in a statement, "Tonight's shooting in San Marcos is a somber reminder of the service and sacrifice our brave men and women in law enforcement make every day to keep us safe."

"I am grateful for the swift action of the San Marcos Police Department in containing the threat and minimizing the loss of life," the statement continued. "I ask all Texans to join Cecilia and me in praying for the officer killed and for those injured, and for the continued safety of all law enforcement officers who protect our communities."

"We are devastated by news of the shootings in San Marcos," Texas Attorney General Ken Paxton wrote on Twitter. "Our thoughts and prayers are with the officers, their families, and the Hays County law enforcement community. As this investigation continues, this office will assist in any way needed."