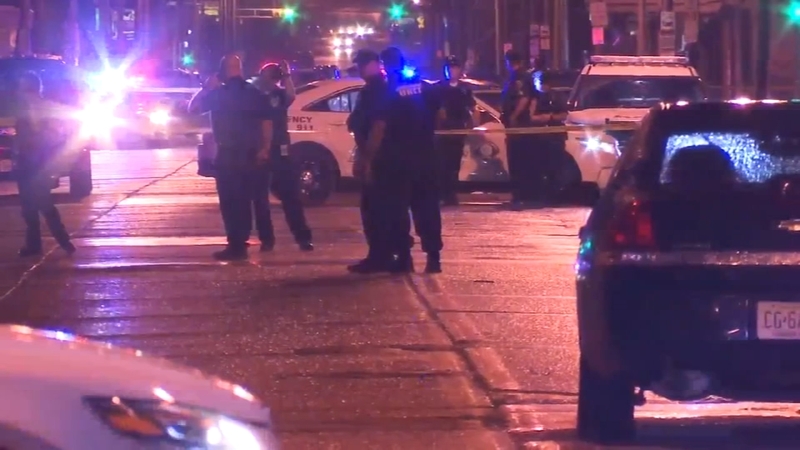 CAMDEN, N.J. -- Police say it was an unprovoked attack.

The incident occurred at Broadway and Mount Vernon around 8:30 p.m. Tuesday night.

"A male walked up and began opening fire, we have anywhere between 10 and 25 rounds fired at officers," said Camden County Police Chief Scott Thomson.

One of the officers was able to return fire before the suspect fled, but police don't know if anyone else was hit.
Investigators are checking with hospitals in the region.

The injuries inflicted on the officers are non-life threatening.
ATF and the FBI are helping in this investigation, searching for the suspect or suspects.

Investigators don't know why these detectives were attacked.