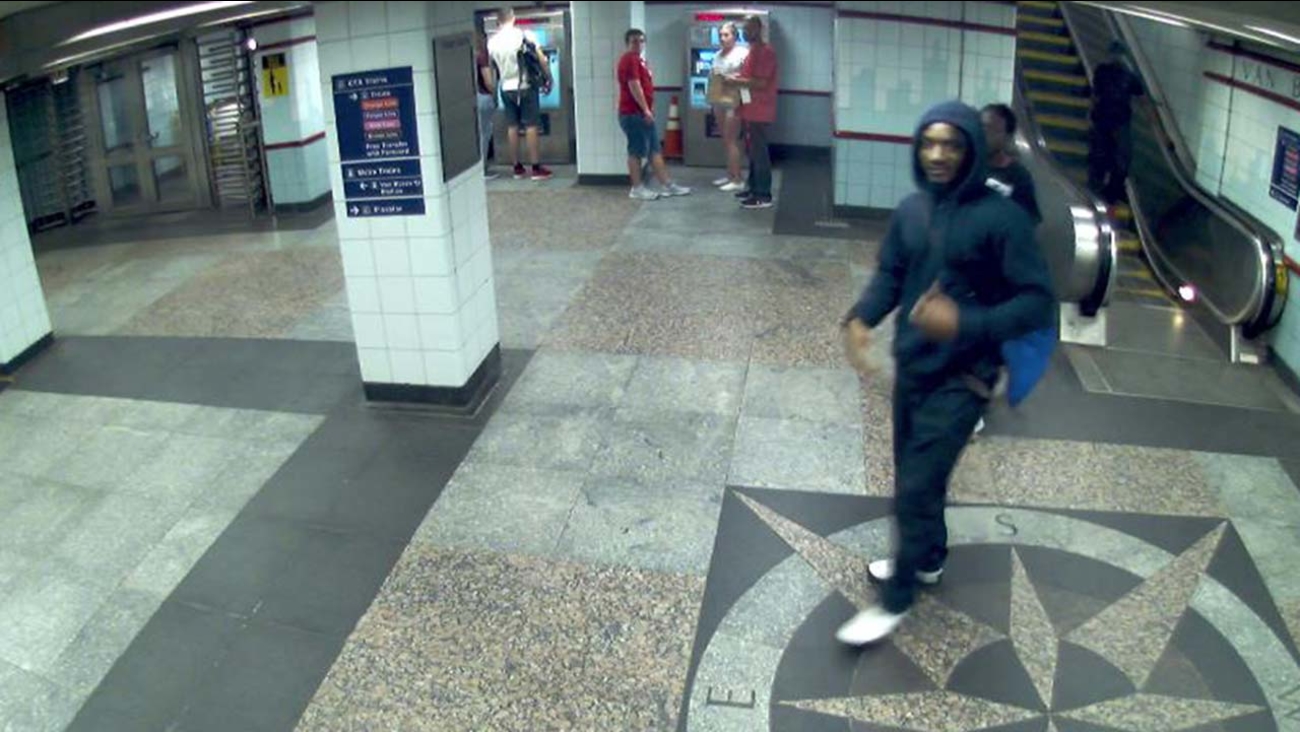 A surveillance image of a suspect in the shooting in a Red Line station Thursday. (Chicago police)

CHICAGO (WLS) -- Chicago police have released a surveillance image of a person of interest involved in a shooting at a CTA Red Line station.

Investigators said Thursday night's shooting started with a fight several blocks away. Surveillance video then showed a gunman shooting the 24-year-old victim in the arm and the ankle at the Jackson stop at about 7:45 p.m., police said.

The victim never boarded a train. Police said it was a targeted shooting.