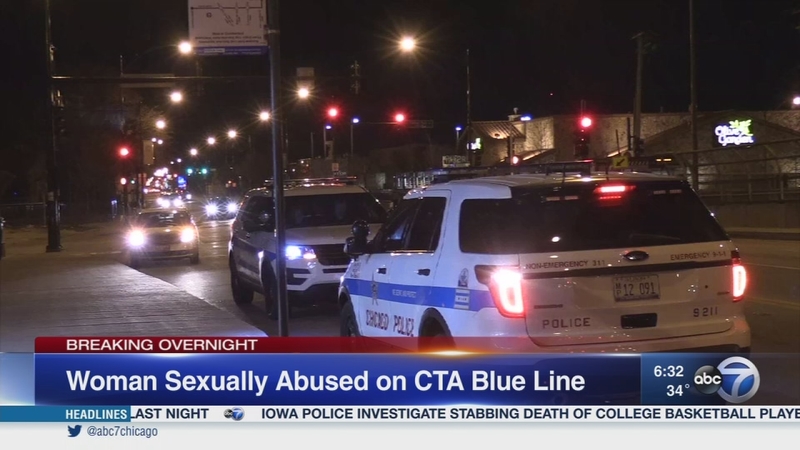 CHICAGO (WLS) -- Chicago police have issued a warning after a woman told police she was groped on a CTA Blue Line train Sunday night.

The 25-year-old woman told police she was riding on the Blue Line train at about 11:52 p.m. between Irving Park and Addison. She was just about to exit, but an unknown man sat behind her and began to grope her, touching her around her hips and buttocks, she told police.

It is unclear if police have any surveillance video of the man, but no one is in custody as of Monday morning.

The woman was not injured. She refused medical treatment.

The crime has riders concerned.