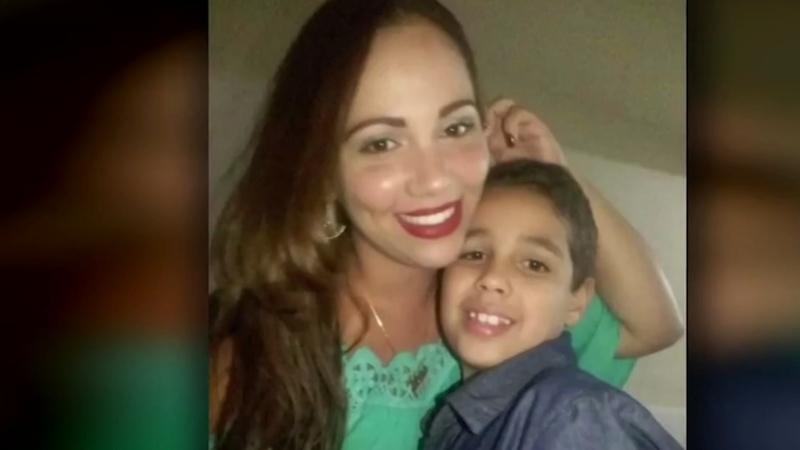 CHICAGO (WLS) -- A woman who came to the United States from Brazil to seek asylum only to be separated from her 9-year-old son, who is being held here in Chicago, is planning to sue the government to get him back.

The battle over the Trump administration's controversial zero tolerance immigration policy that has led to the separation of more than 2,000 immigrant children from their parents.

"This is a human tragedy, it's not an immigration fight anymore, it's a child," said Jesse Bless, immigration attorney

The fight to reunite Lidia Souza with her 9-year-old son Diogo brought her attorney from Boston to Chicago.

"This is a child who may be broken. As of now we're gonna fix him, we're gonna bring him back. That's what I'm gonna do," Bless said.

Diogo is being held at a Heartland Alliance facility in Chicago, according to the family's legal team, while his mother remains in Massachusetts. She came from Brazil and turned herself into to Border Patrol seeking asylum, but was separated from her son.

Her attorney plans to file a federal lawsuit to seek his immediate return.

"There are some 2,300, 2,400 children who have been separated from their parents as part of the zero tolerance policy," said Senator Dick Durbin, (D-IL). "The President has said he is changing that policy but we are still waiting for clarity about what's going to happen to these children."

Senator Durbin met with children at the El Valor Center in Pilsen, where they were making cards for children who have been separated from their parents. More than five dozen are being held around Chicagoland. Now Durbin returns to Washington to try and find common ground to help the separated families.

"First and foremost we must reunite these children, these zero tolerance children with their families, that's the highest priority," Durbin said.

A host of politicians and children's advocates joined together at Loretto Hospital in the city's Austin neighborhood, calling for action.

"We can't stand by and watch a nation as profound as the United States of America has been, and turn our backs on children," said Rep. Danny Davis (D-Chicago).

"We may differ on the best policy to address immigration and border security. What is indisputable, however is the lasting harm done to children who have been separated from loving caring parents," said Tevor Peterson, Chicago Children's Advocacy Center.

Bless said he plans to stay in Chicago as long as it takes to get Diogo released from the detention facility where he is being held, so he can be reunited with his mother. As of late Monday afternoon the lawsuit had not been filed.
Report a correction or typo
Related topics:
politicschicagopilsenaustinloopdonald trumpchildrenlawsuitimmigration
Copyright © 2021 WLS-TV. All Rights Reserved.
More Videos
From CNN Newsource affiliates
TOP STORIES